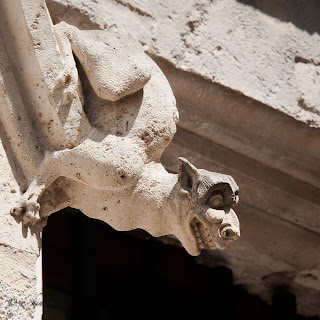 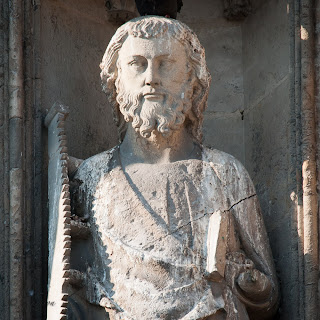 Before I dive into Gothic architecture I’d like to say a very warm thank you to Cindy Bogart of The Daily Basics and Lynn McBride of Southern Fried French for the super article on Archi-trouve that appeared this week on The Daily Basics. Cindy’s website covers food, travel, wine, book and culture – all the things we love – and it’s a great, ever-changing resource. Lynn is an American living in Burgundy. Her blog provides a unique look at expat life (with some wonderful recipes) and she has a particular interest in languages. Bruce and I both picked up a few tips from her new book How to Learn a New Language with a Used Brain. Check it out on Amazon. Thanks again to both for promoting Archi-trouve. 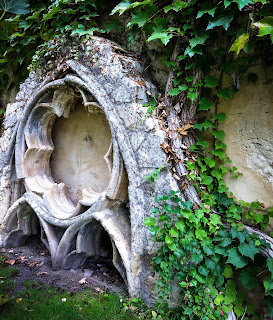 After our trip to Burgundy this spring I wrote a series of posts on Romanesque architecture, currently my favorite style. (Confession: my favorite architectural style changes every two or three years and has ranged from Greek Revival to Art Nouveau. I think my preference is as much a reflection of where I live physically as where I'm 'at' emotionally.)

But before I came to appreciate the subtleties of Romanesque I loved Gothic architecture for its dramatic, light-filled spaces.  I even spent a hellish year in a doctoral program at the University of Florida so I could understand the structural and architectural innovations that produced some of the most spectacular buildings of all time. (Unfortunately, my aversion to Gainesville overwhelmed my love of Gothic.)

Someone asked me recently where the name “gothic” came from, and it's a great question. What on earth does this magnificent architecture have to do with Dracula and black lipstick? The simple answer is, “Absolutely nothing.” The name given to an architectural style is seldom used at the time of construction. Instead, it gets applied decades or centuries later when, with hindsight, the nuances of the style become clear. So in the 13th century abbots weren’t demanding a huge cathedral, “designed in that lovely new Gothic style, please.” They might, however, have asked for “something in the French style” since Gothic architecture was born near Paris and became the national style of France. 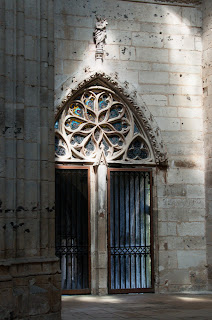 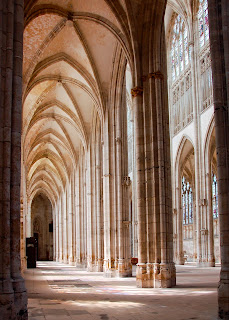 It wasn’t until the 16th century that Italian scholars, looking to describe the architecture of the previous centuries, latched onto the term  “gothic.” In 1530 the Florentine author Giorgio Vasari wrote, "Then arose new architects who after the manner of their barbarous nations erected buildings in that style which we call Gothic.” His remark was an insulting reference to the Germanic tribes that had raped and pillaged their way across Europe in the sixth century. Vasari believed that, unlike Renaissance buildings which were based on the Classical architecture of Greece and Rome, the new cathedrals were not rational and were unworthy of respect.  It’s apparent to us now that the Goths had no connection whatsoever with Gothic architecture; after all, these masterpieces first appeared seven hundred years after the Germanic devastation of Europe. But Vasari's word stuck and took on a new meaning. 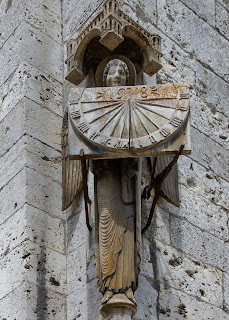 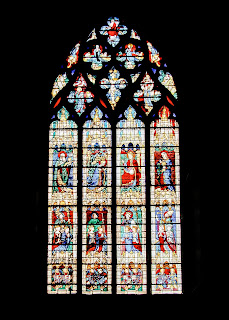 No longer a pejorative term, Gothic describes the architectural style that first appeared in 1140 at the Basilica of Saint Denis, north of Paris. The style spread rapidly to the surrounding towns, and the cathedrals of Chartres, Amiens, Rheims, Paris, Beauvais and Rouen became the models for thousands of churches, palaces, civic buildings, houses and forts. Gothic buildings appeared as far west as Ireland and as far east as Prague.

Over the next few weeks I’ll be looking at the history and development of the Gothic style and will share some of my favorite examples.