Rage Against the Machine for Living: Corbu in Pessac 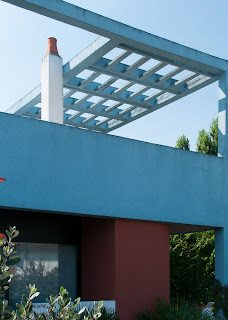 When I was studying architecture in the late 70s, modernism was all the rage. The Bauhaus. Mies. Gropius. And of course, the Swiss-French architect Charles-Edouard Jenneret, better known as le Corbusier.

While all of my classmates happily constructed boxes with flat roofs, I struggled to design something (anything!) that I thought was beautiful. But semester after semester I failed. I had no feeling for modern architecture and at the time there was no other philosophy for me to base my designs on. There was no “post-modernism, ” no “New Urbanism.”  For years, I believed that I simply lacked the requisite creativity to be an architect.

But later, studying historic preservation, I came to realize that the problem wasn’t entirely my lack of talent; some of it was due to the constraints of modern architecture itself. I couldn’t relate to “Less is more.” I believed, perhaps too literally, that more was more. “Ornament and Crime?” I thought ornament was beautiful. “The house is a machine for living in”? Really? What kind of bereft-of-joy lives are lived in machines, for heaven's sake?

And regarding Corbusier, I completely agreed with the French political activist Gilles Ivain when he said, “I do not know what this individual – ugly of countenance and hideous in his conceptions of the world – is repressing to make him want to crush humanity under ignoble heaps of reinforced concrete... His power of cretinization is vast. A model by Corbusier is the only image that brings to my mind immediate suicide.”

You get the idea.  I really didn’t like modern architecture.

So imagine my surprise when I visited the Quartiers Modernes Frugès, a model ‘city’ designed by Le Corbusier in the 1920s, and I didn’t hate it. I even, somewhat reluctantly, admired it. 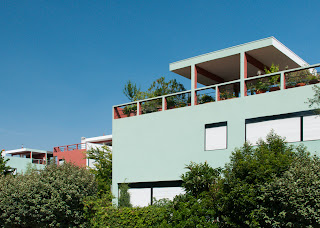 The Frugès project is located in Pessac, a suburb south of Bordeaux. As constructed, it’s a relatively small complex of about 50 houses that was financed by Henry Frugès, a wealthy industrialist, and designed by Corbu with his cousin, Pierre Jenneret. When Corbu and Frugès first became acquainted the architect had built very little. But he had written widely on a variety of esthetic and architectural topics and published his thoughts in Vers une Architecture, (mis)translated as Towards a New Architecture.  A believer in the credo that “form follows function” Corbu admired the engineering principles that had produced the ocean liner, the airplane and the grain elevator. He wrote that architecture had been stifled by custom and that the surest way to ruin a young architect was by sending him to Rome. As an urban planner Corbu advocated demolishing most of the right bank of Paris and constructing a grid of 60-story concrete towers alternating with regularly-spaced parks and greens.

He was also a firm believer in modular architecture, and it is these theories that he put into practice, quite successfully, at Pessac. Frugès, who had himself studied art, was looking for a place to house his factory workers. After reading Corbusiers’s manifestos, he hired the architect to build housing for his employees at Lege, about 30 miles from Bordeaux. After that project Frugès decided to finance a garden city where ordinary workers could buy houses that were clean, simple, light-filled and healthy. In other words, machines for living in.  Fruges wrote to Corbusier that Pessac would be the laboratory where the architect put his theories into practice. 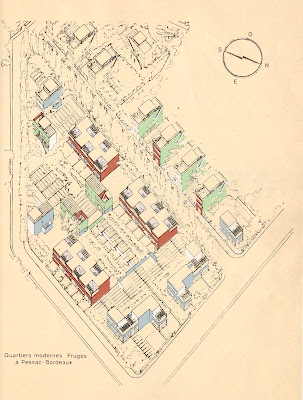 One hundred and forty houses were planned for the site that Henry Fruges purchased. The designs were based on a modular system in which standardized parts were combined to produce six different styles of houses. The houses were of various sizes and configurations: singles, duplexes, 3-story ‘skyscrapers’, zig-zag arrangements and arcades.


Each had a private garden, garage, kitchen and an indoor bathroom, this at a time when houses in Bordeaux were still being constructed without plumbing. A polychrome paint scheme of blues, greens, white and terra cotta was used throughout the complex, with each wall plane painted a different color, depending on its orientation.

Construction was begun in 1925 but shortly after the first fifty houses were completed, Frugès lost his fortune in the stock market crash and the project came to a halt. The houses ended up costing four times more than had been expected and the new architectural style shocked the conservative Bordelais.

Visiting the empty rooms of the Frugès Museum, I could appreciate the simple spaces with long banks of windows that let in light and air. But for the resident in 1925 those windows left no wall space for furniture. The combination of flat roof and reinforced concrete construction meant that leaks soon developed, which in turn led to structural problems in many of the buildings. 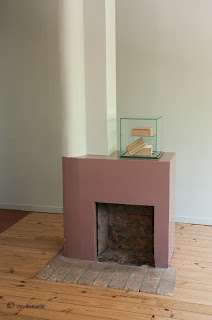 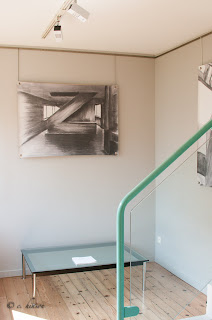 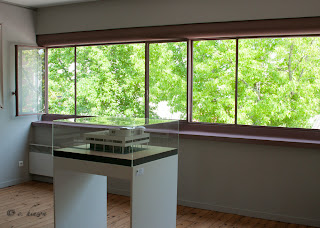 As early as 1929 the historian Henry-Russell Hitchcock called the Pessac project a "serious disappointment," citing the small size of the rooms and roof gardens that were better suited to the leisure class than to factory workers. Over time the residents altered many of the houses, removing windows, enclosing roof terraces and adding garage doors. These alterations caused a number of later architectural critics to view the project as a failure. But after visiting in 1981, the inimitable Ada Louise Huxtable wrote in this New York Times article  “I have been to Pessac to see the future and it works.” 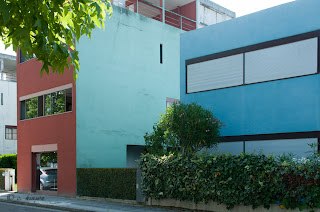 Since 1973 a number of the houses have been listed as historic monuments and returned to their original condition. Several, however, are still neglected and show signs of serious structural problems due to the poor quality of the original concrete. But despite a few eyesores and an unfortunate location next to a rail line, the neighborhood succeeds. The different styles and scales of the houses make for an interesting architectural composition with none of the monotony that might have resulted from the use of  modular components. The polychrome paint lends a sense of individuality, almost playfulness, to each house, while at the same time identifying the buildings as part of a larger community.


As Huxtable pointed out in her article, “What everyone remembers with varying degrees of disapproval was Le Corbusier's announced wish to build ''a machine to live in,'' based on the early 20th-century's enchantment with the belief that only good could come from mass production. What everyone has forgotten is what he said in the next sentence. ''But since men also have hearts,'' reads his dedication speech at Pessac in 1926, ''we have also tried to insure that men with hearts would be able to live happily in our houses.'' ”

Hundreds of websites on Corbusier and modern architecture can be found simply by searching his name.

MOMA currently has a retrospective of his work, which is discussed here.

This site, in French, discusses the history and development of the Frugès project.