The Middle of Paradise

"Leave me in Granada in the middle of paradise where my soul wells with poetry:
Leave me until my time comes and I may intone a fitting song..."
José Zorrilla 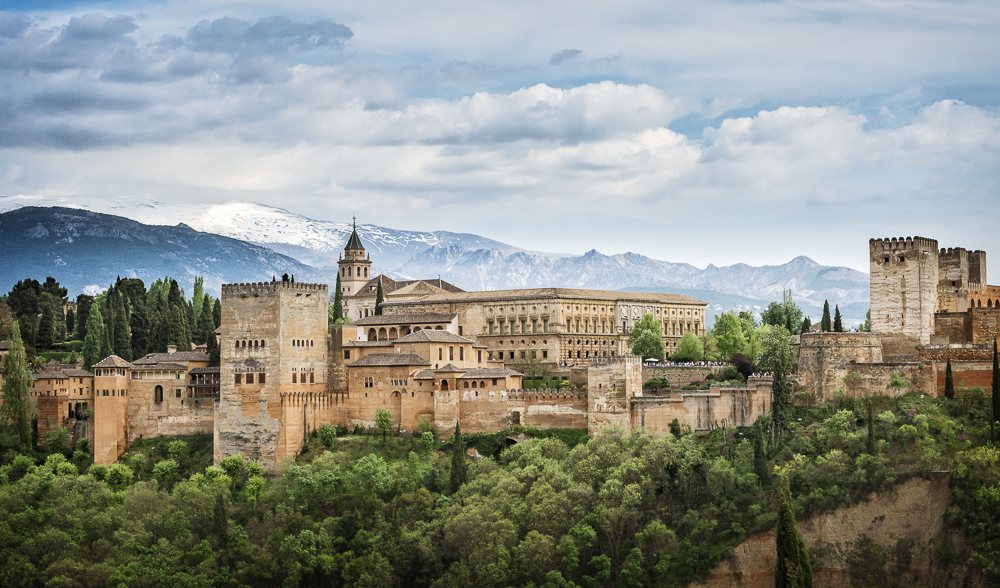 For the next couple of weeks archi-trouve will be moving to Granada to report on the Alhambra - that masterpiece of Andalusian architecture.  But before jumping into architectural descriptions, I’d like to explain a little more about the Moors’ uneasy conquest of the Iberian Peninsula.  (And for those of you who have hated history since the 7th grade, I've included several pretty pictures of the Alhambra.)

The first Islamic forces arrived from North Africa in 711 and rapidly conquered all of Spain. Within a few years the Moors had spread as far north as Tours, France. There the advance was checked by Charles Martel in 732, in one of history’s most significant battles. (It boggles my mind to think what influence Moorish occupation would have had on the French.) Once driven back into Spain, the Moors created an independent emirate in Cordoba and by the end of the 8th century Andalusia was unified under Islamic rule. By 950, Cordoba, with a population of nearly half a million, was the largest, most cosmopolitan city in Europe aside from Constantinople.

For the next six centuries the Christian kings waged continuous warfare on the Moors from their small territory in the north of Spain. Ultimately however,  most of the damage to the Islamic empire came from within. Following the death of al-Mansur in 1004, civil war broke out in the Caliphate over the question of succession and the Moorish kingdom gradually began to break apart.

Taking advantage of the Islamic in-fighting, the unified Christian forces managed to conquer Toledo in 1085. By the thirteenth century Christian troops had retaken the key cities of Cordoba (1236) and Seville (1248), and what remained of Andalusian Spain had deteriorated into small, independent fiefdoms. 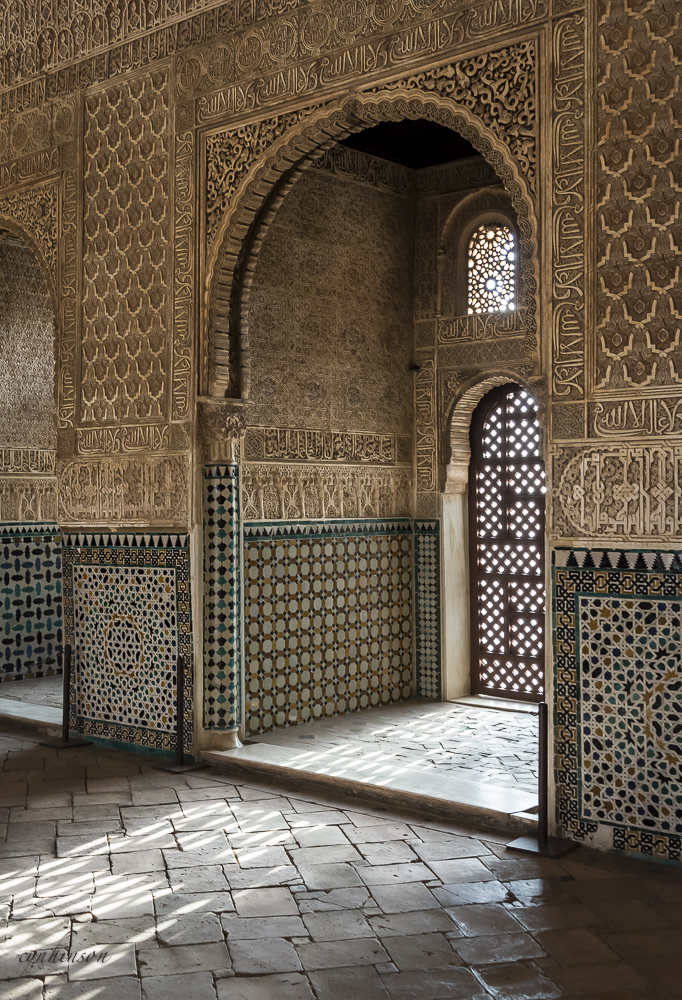 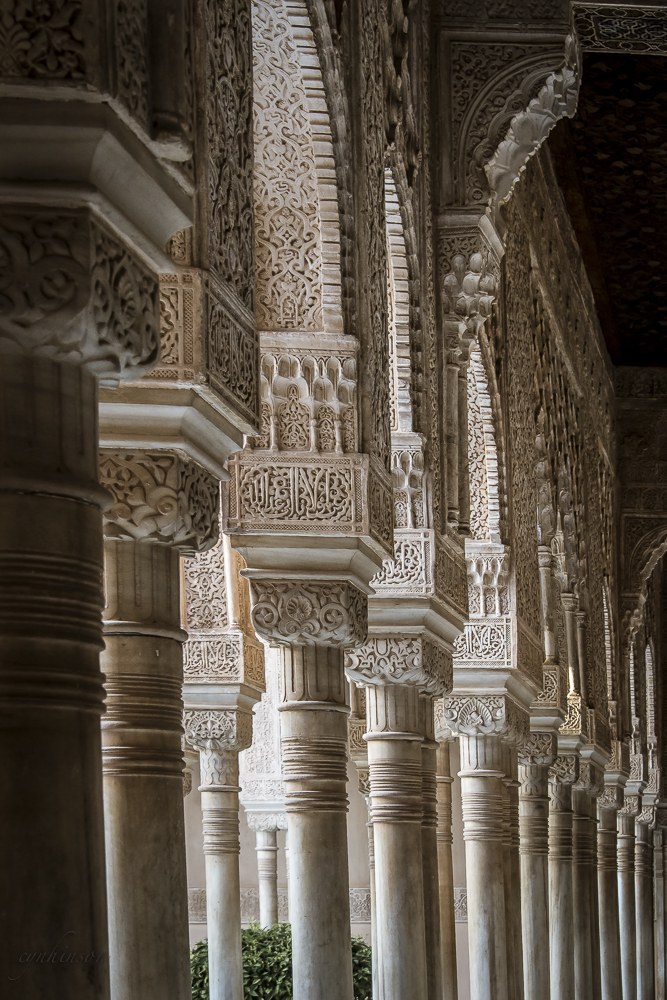 Ultimately, Granada would suffer the same fate, but not before experiencing one last gasp of power and prosperity. In 1237 the city came under the rule of Mohammed I, a wily politician who forged a treaty with the Christian forces that postponed Granada’s defeat for 250 years. In order to retain Islamic control of the region, Mohammed and the succeeding Nasrid rulers paid tribute to the king of Castile and even fought against their fellow Muslims in the conquest of Seville. 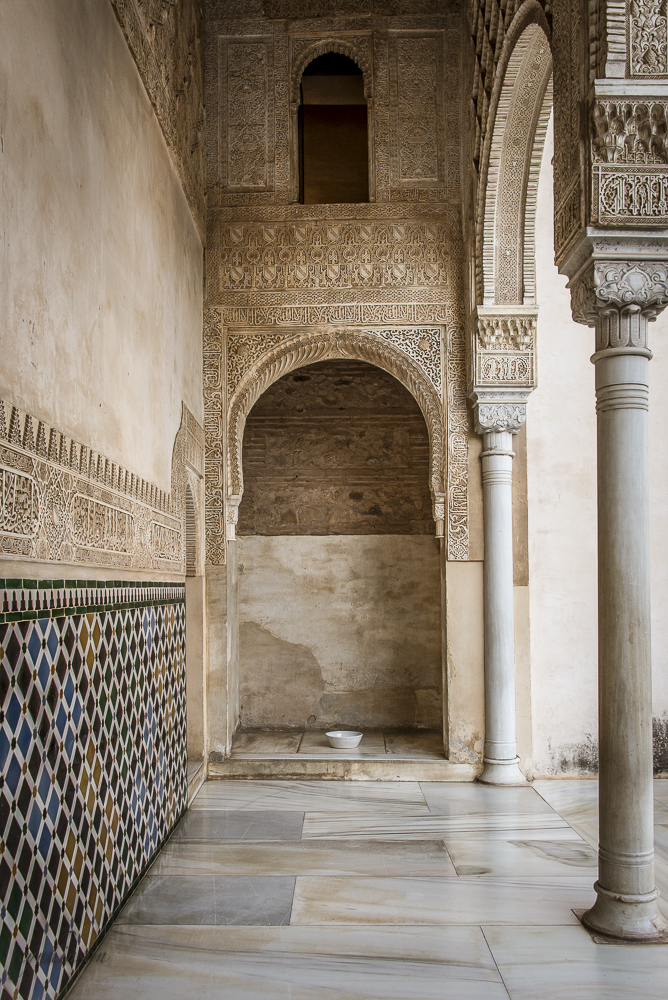 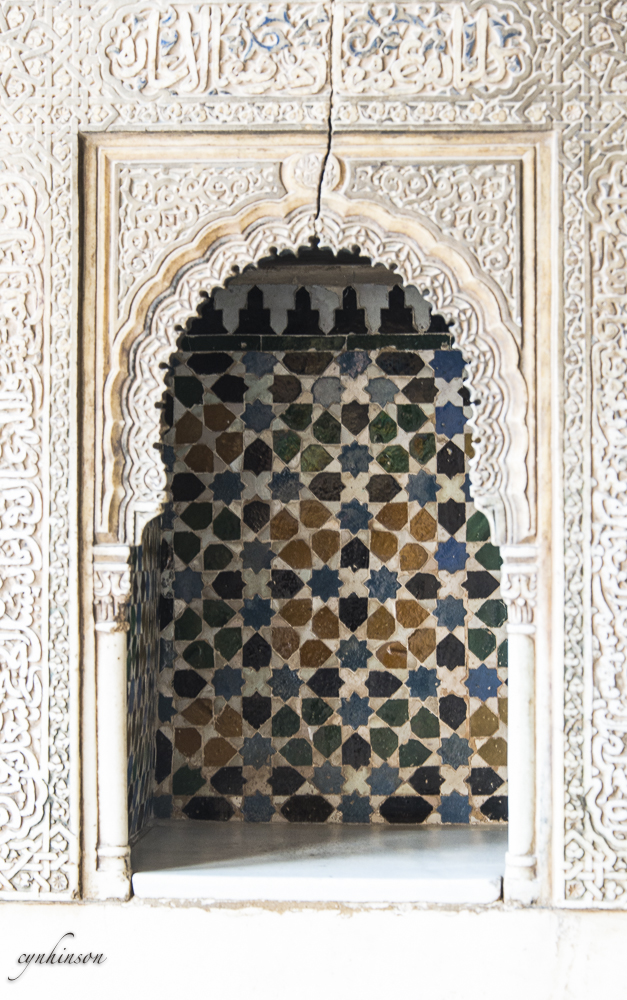 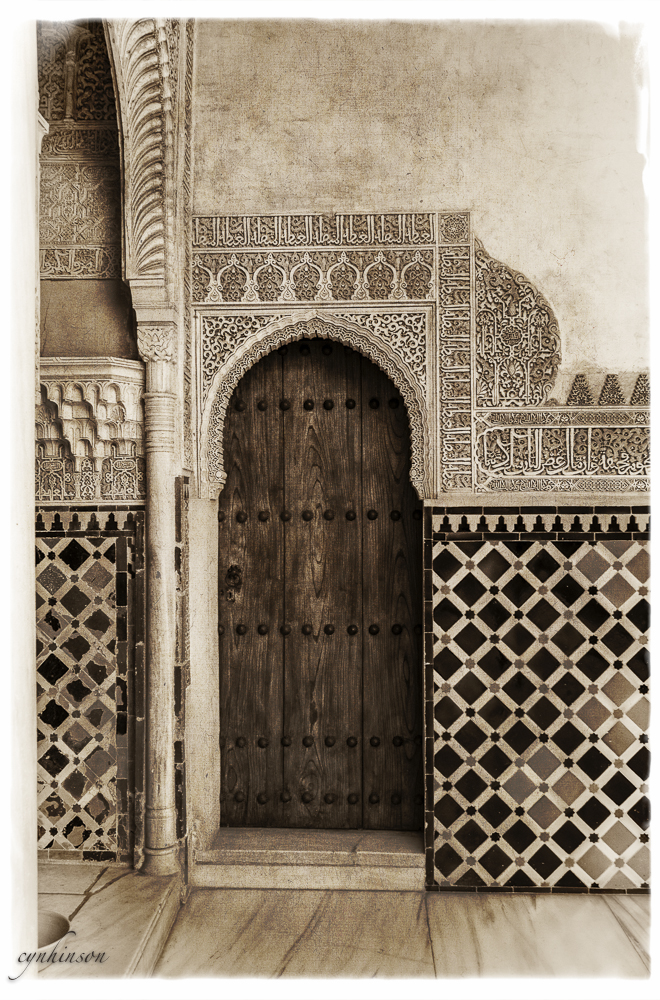 The Nasrid tribe ruled the region until 1492, during which time Granada became a city of world renown. Its population swollen with refugees fleeing the conquered cities of Andalusia, Granada experienced political and economic stability and witnessed the last great flowering of Islamic art and culture on the Iberian Peninsula. The center for that social and political resurgence was the Alhambra, an enormous walled complex of palaces, houses, shops, schools, mosques and gardens that at one time housed over 40,000 people. 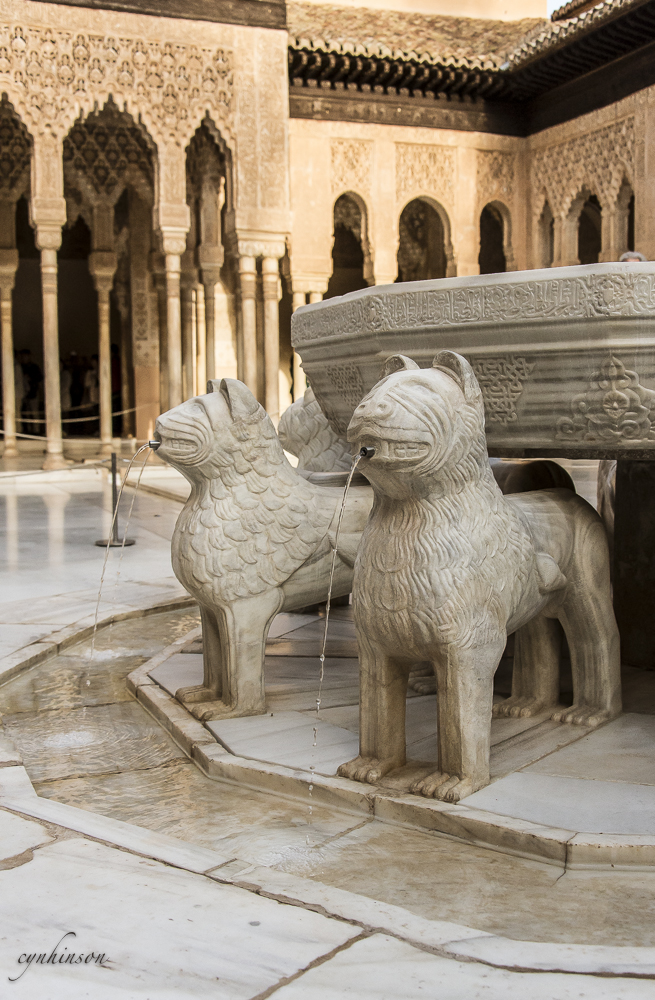 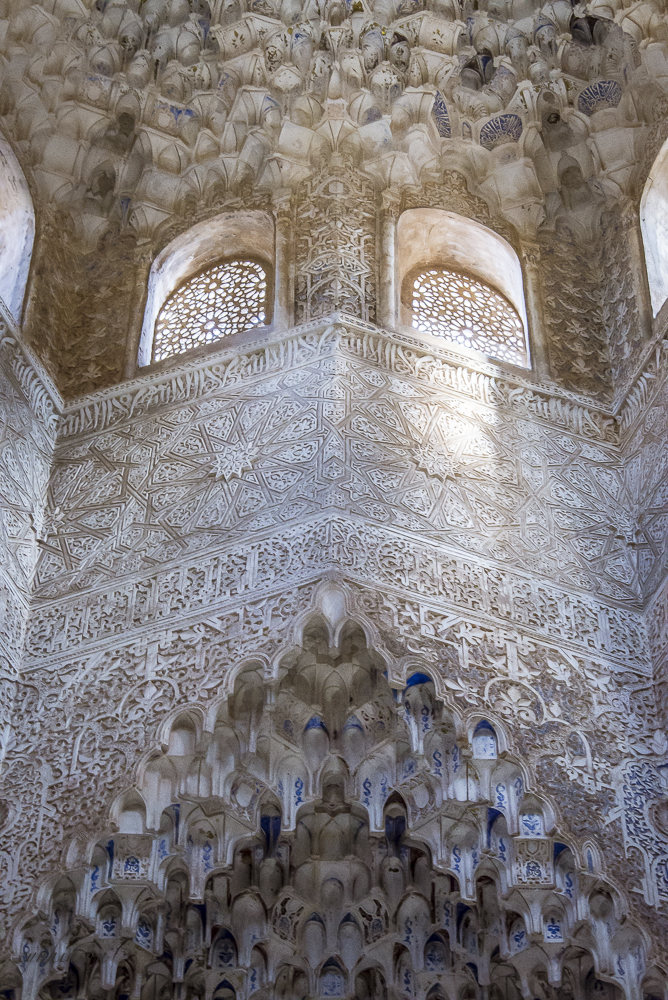 And that ends this introductory post on the Alhambra. You’ll have to come back next time to find out  about the history and architecture of what is arguably the most-visited building in the world. Or just to look at more pictures. 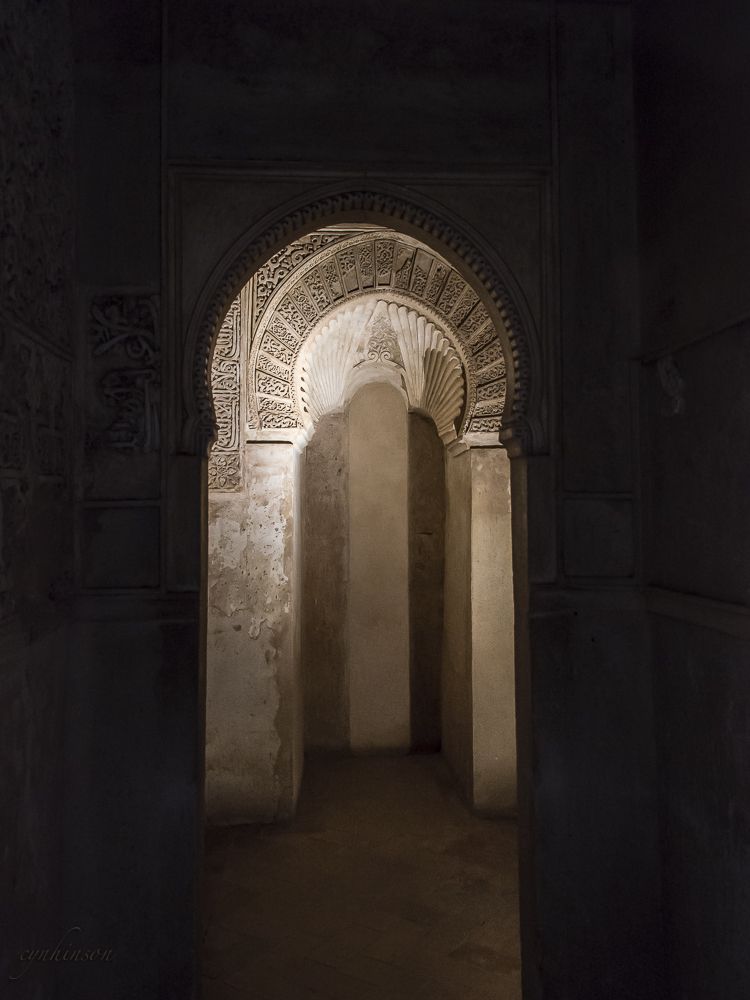