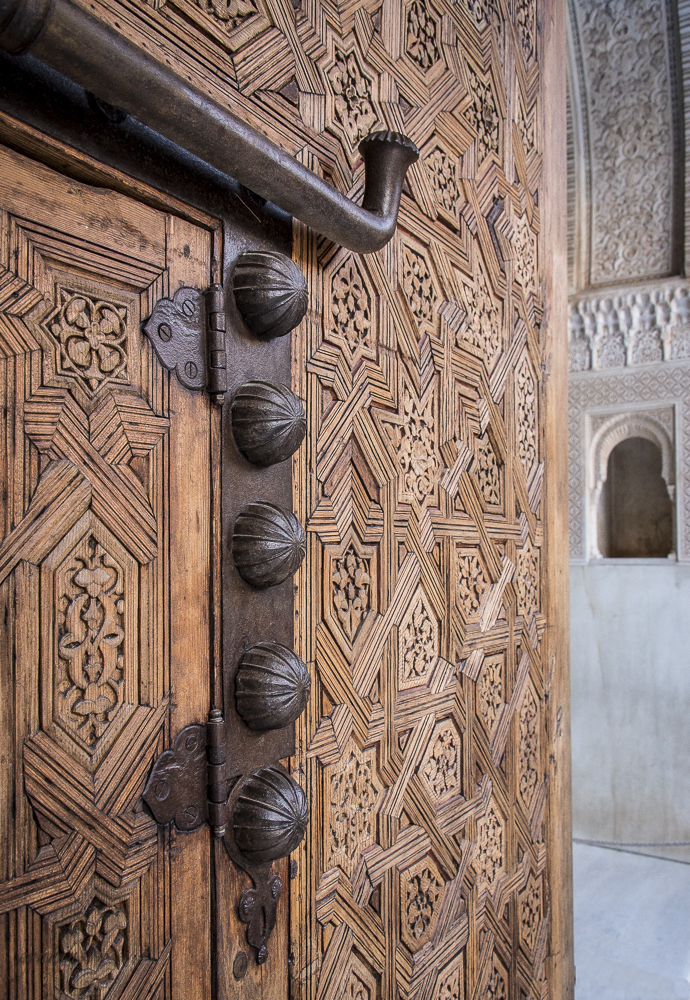 Because we talk about the Alhambra, in singular form, it sounds as if it’s one building. But the Alhambra was actually a royal city, a fortified complex of palaces, mosques, schools, workshops and farms capable of supporting 40,000 people. Not surprisingly, given its turbulent history, the fortress that we see today bears only a passing resemblance to the Nasrid’s medieval stronghold.

Like the Great Mosque of Cordoba, the Alhambra was significantly altered after Spanish troops conquered Granada in 1492, beginning with the Christian purification rites that stripped away the Islamic religious symbols. Thirty years later, several original buildings were demolished to make way for Charles V's enormous Renaissance palace, which now sits so ponderously amidst the remaining Moorish architecture. In subsequent centuries, earthquakes, neglect and occupying troops took an additional toll. Finally, in the mid-19th century, after the Alhambra's delights were once again brought  to the world’s attention, a number of imaginative “restorations” destroyed what several centuries of neglect hadn't.

American writer/diplomat Washington Irving played a significant role in the rediscovery of the Alhambra. Irving, who had the good fortune to live in one of the Moorish palaces for several months in 1829, produced Tales of the Alhambra from his experiences. The book, which is part history, part fable, has been criticized as fanciful and overwrought, yet it sparked world-wide interest in the fortress and the Nasrids who built it.  Irving wrote eloquently on the subject of the Moors and their disappearance, not only from the Alhambra and Andalusia, but seemingly from the face of the earth. "Where are they?" he asked. "They have not even left a distinct name behind them, though for nearly eight centuries they were a distinct people...A few broken monuments are all that remain to bear witness to their power and dominion." And of course, the greatest of those broken monuments was the Alhambra, which, by Irving's time, had fallen into an advanced state of disrepair.

The complex sits on a hill, separated from Granada by the Darro River, with the majestic, snow-covered peaks of the Sierra Nevada Mountains as a backdrop. The name  al’Hamra is Arabic for ‘the red one” and is thought to have referred to the compound's ochre-colored walls. Of the 30 towers that originally marked the enclosing walls, 22 remain. Now restored,  the building exteriors are austere in the extreme. Marked by small doors and window openings, the facades of the palaces are almost entirely devoid of ornament. Yet once inside, the visitor is swept into a dream-like world that recalls Scheherazade and The Thousand and One Arabian Nights.

Because Islam forbids the use of figurative images, human and animal forms are never represented in Moorish art. Instead, the walls of the Alhambra are decorated with elaborate designs created of intertwined geometric patterns and bands of flowing Arabic script. Water is the unifying element; fountains gurgle, rivulets trickle through narrow channels cut in marble floors and shallow pools reflect the moonlight. In each courtyard, shade and shadow play against patterned sunlit surfaces and everything recalls the Moors who ruled Granada and then disappeared, so intriguingly, without a trace. 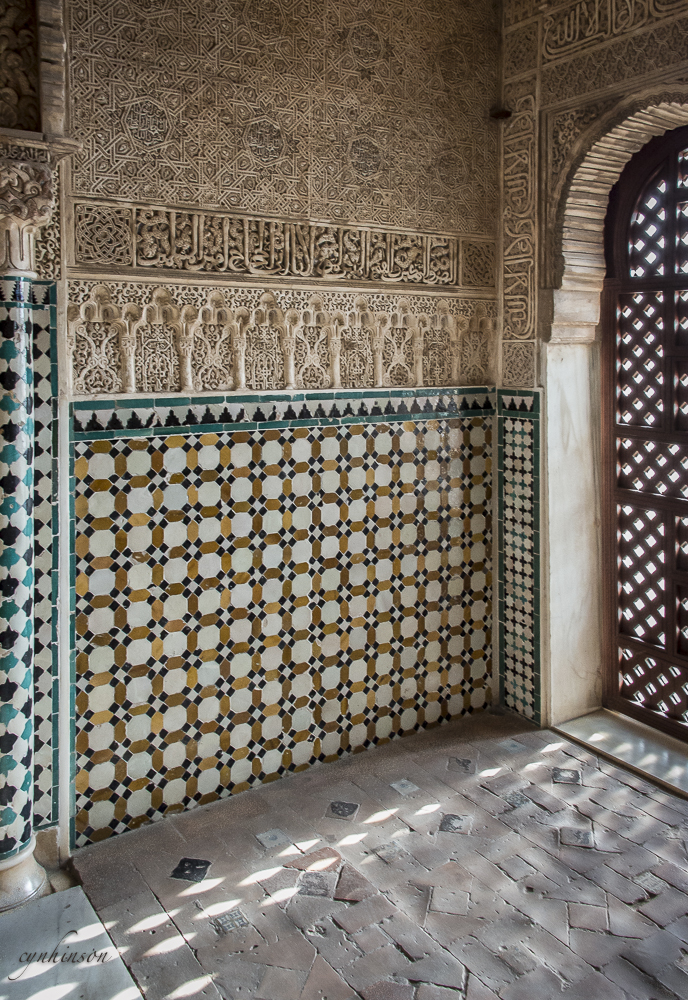 The Alhambra is, without a doubt, the world’s most elaborate stage set. All of the buildings were constructed of extremely poor quality materials, yet this is not apparent because the interiors are wrapped in a layer of decorative plaster that seduces the viewer with its extraordinary beauty. The finest examples of Moorish plasterwork are found in the muqarna (hanging) ceilings of the Court of the Two Sisters and the columns of the Court of Lions, where structure plays a subordinate role to ornament.

At the far end of the complex is the Generalife, the summer quarters of the Nasrid rulers. The name comes from the Arabic words Jinnah al’Arif meaning  “the noblest of all gardens.” Here are a number of smaller buildings surrounded by ornamental flower beds with cooling pools and fountains. Although the buildings date to the Moorish period, the current gardens are largely an early twentieth century creation. And in an act that defies my comprehension, when the design of the original gardens was discovered, complete with the original irrigation system, it was all destroyed to make way for the current scheme. 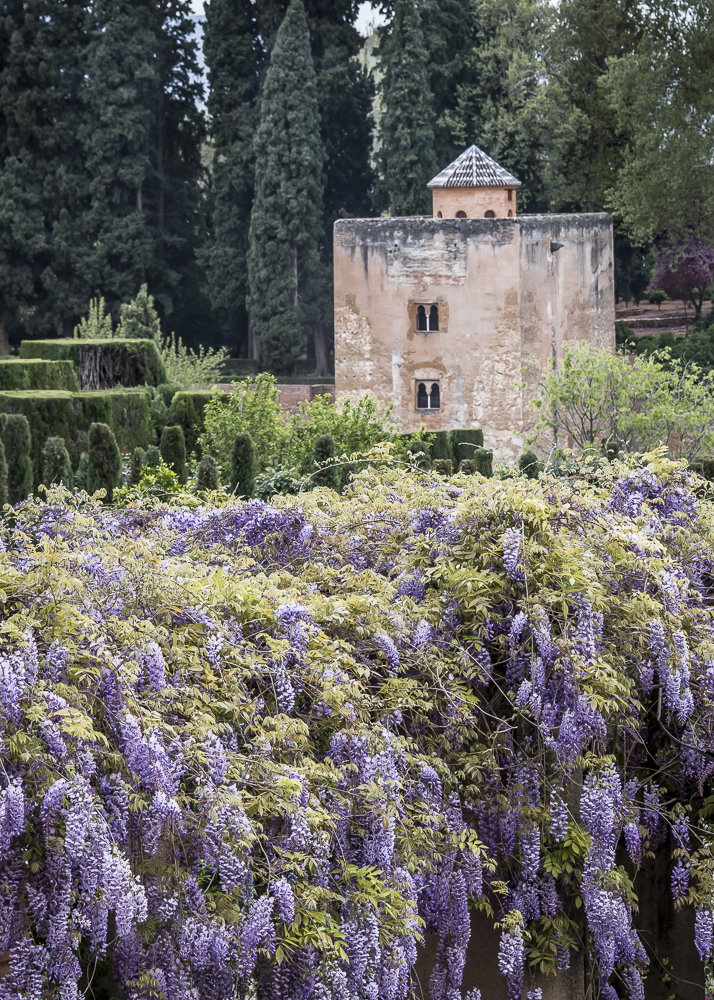 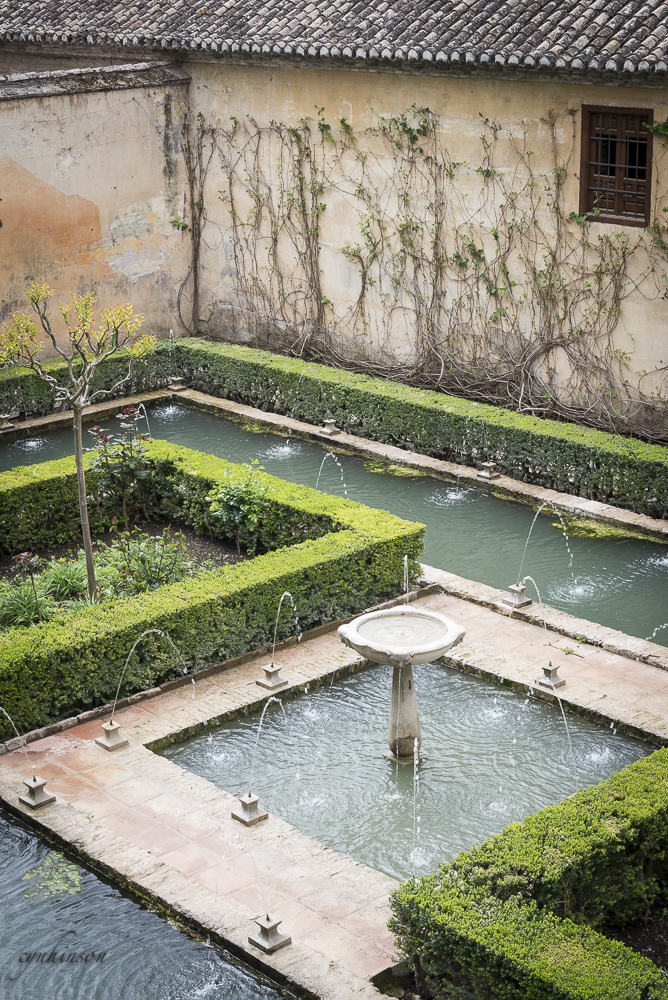 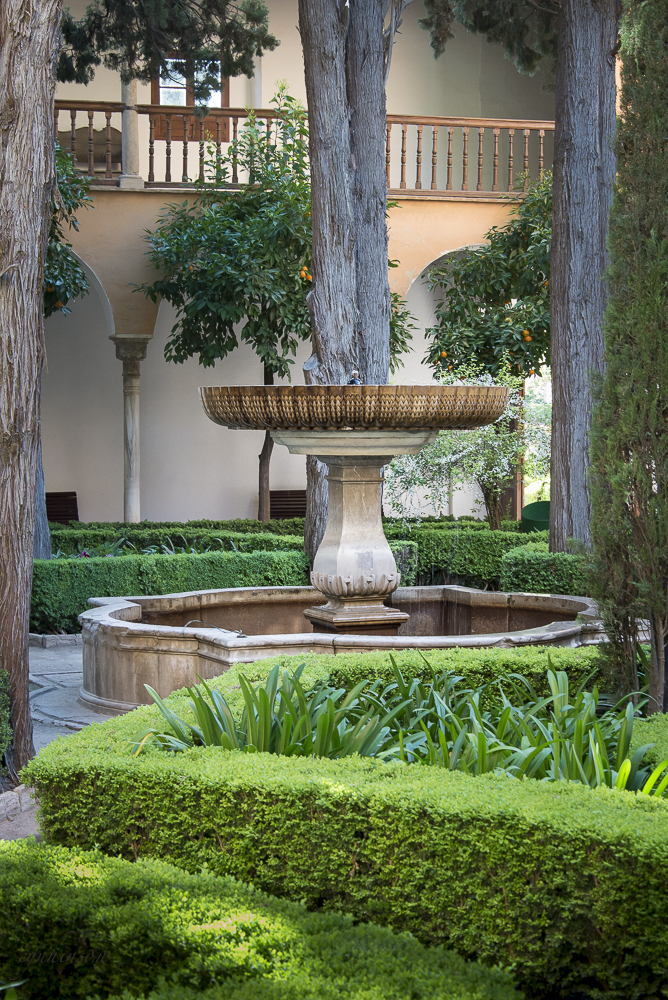 Washington Irving, who loved the red fortress and admired the Nasrid dynasty responsible for its creation, concluded his book with the following:

"Such is the Alhambra; a Moslem pile in the midst of a Christian land; an Oriental palace amidst the Gothic edifices of the West; an elegant memento of a brave, intelligent, and graceful people, who conquered, ruled, flourished, and passed away." 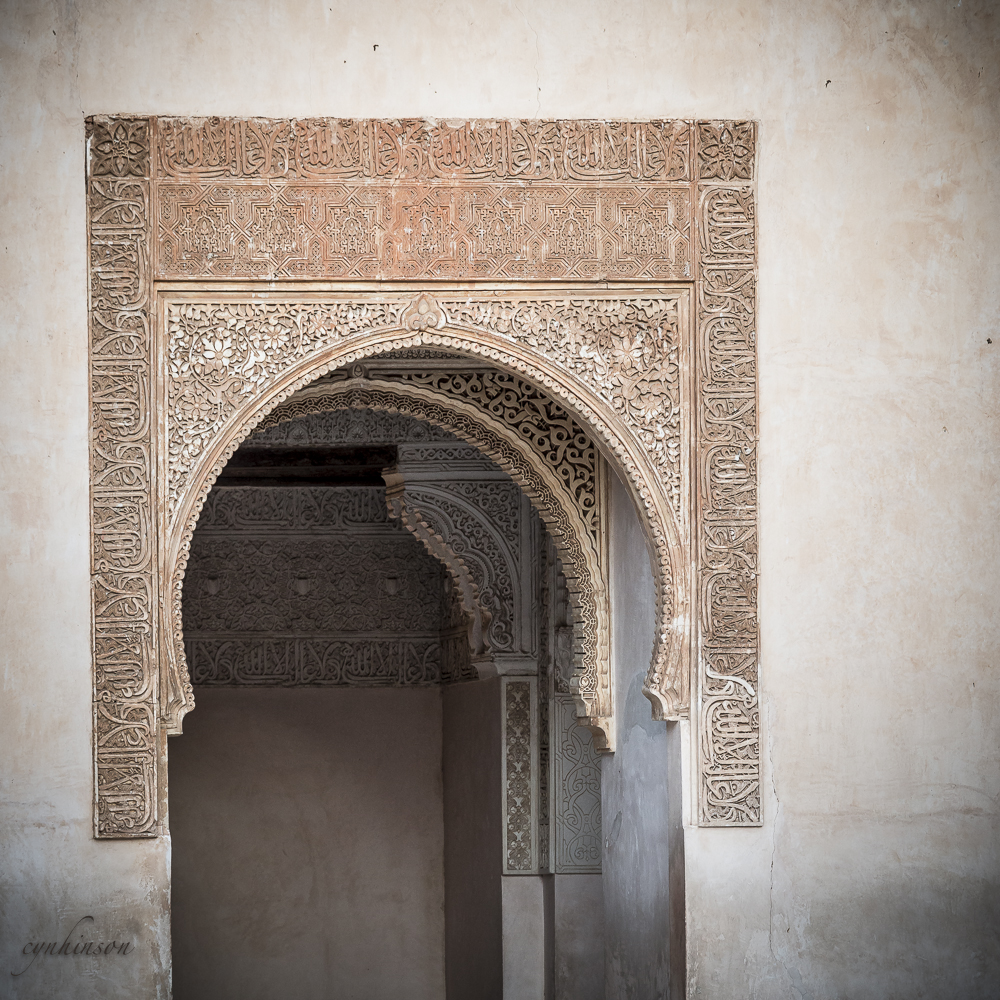