People often ask us why we moved to France. And for me the answer is, "Because of the history."  Here, no matter where you go, the past is always present. Every village has both a church from the Middle Ages and a monument to les enfants lost in World War I. In many areas the historic record stretches further back to include Roman ruins or even prehistoric cave dwellings that are more than 20,000 years old.

And of course the evidence of World War II is inescapable. From small roadside markers to immense submarine bases, the Second World War is tangible; here, you can literally reach out and touch it. And nowhere is the memory of the war more palpable, more graphic or more horrifying than in the small french town of Oradour-sur-Glane. 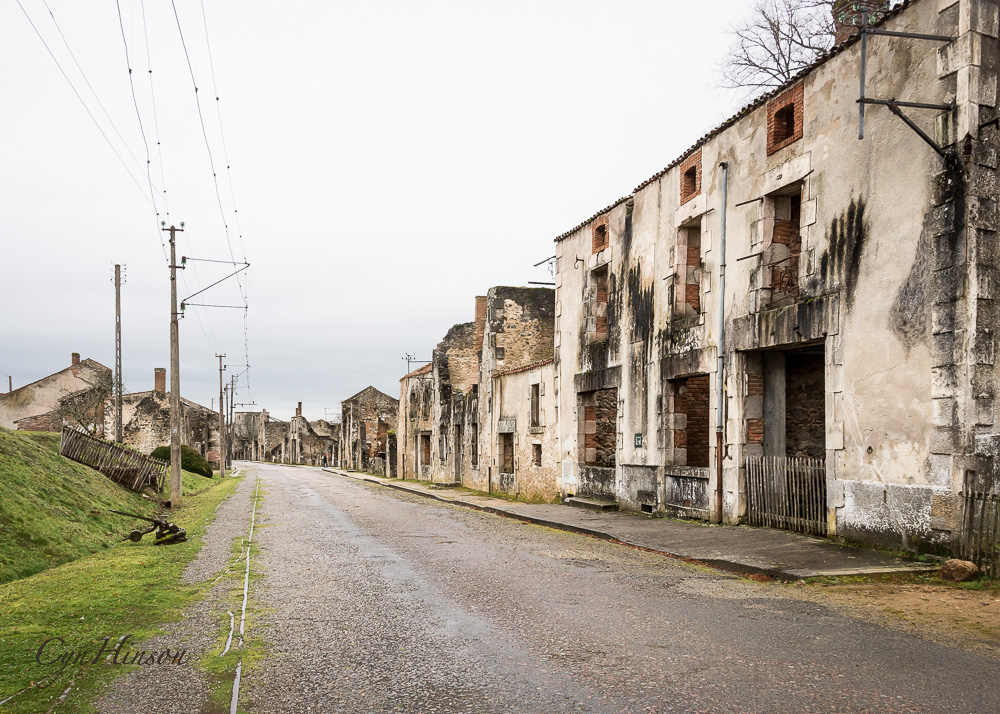 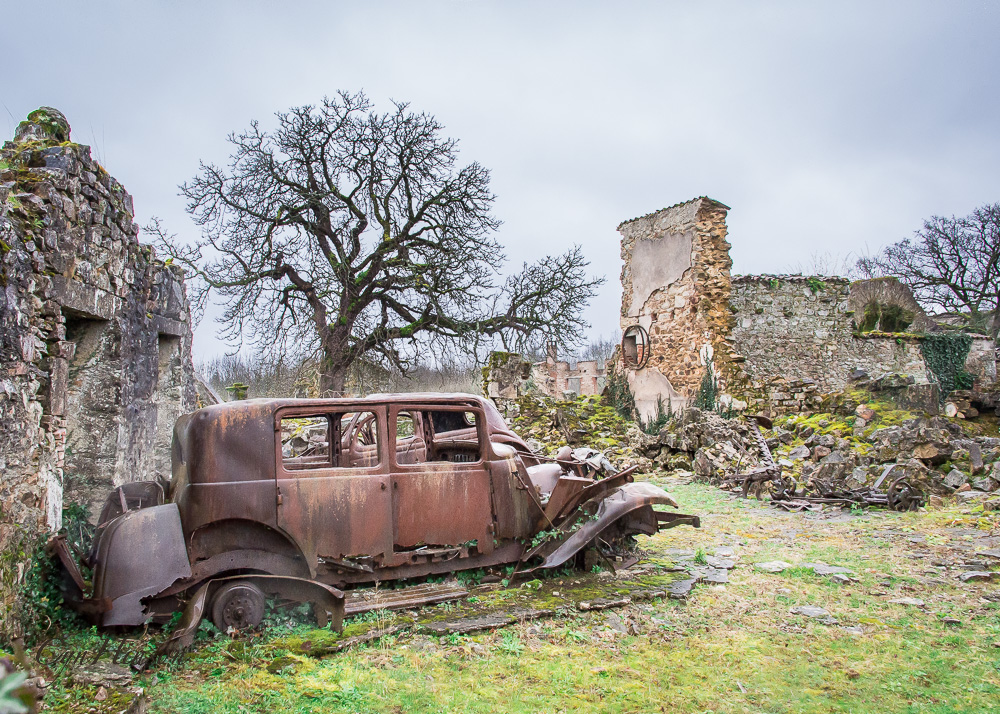 Here, an entire village of 642 people, their houses, shops, schools, factories, barns, garages and church were wiped out by the Nazis. In the early afternoon of June 10, 1944, as the unsuspecting locals returned to work from lunch, dozens of Germans entered Oradour. Before anyone realized exactly what was happening, soldiers had formed a cordon around the town and sealed off all exits. The residents were rousted out of their homes and businesses, and herded into the town square.  The sick, or those who protested, were shot immediately.

Without explanation, the villagers were divided into two groups; the men were confined in six garages, while the women and children were locked in the church.  Sometime later, soldiers entered the sanctuary and placed a large box on the altar. When detonated, this smoke bomb produced acrid toxic fumes intended to kill the women and children. After this stratagem failed, hand grenades were tossed inside, soon followed by rounds of machine gun fire. Finally, the church was set on fire and the last survivors were burned alive. None of the 205 children survived. Of the 247 women, only Madame Rouffanche managed to escape, despite having been shot five times.

When the smoke bomb exploded in the church, the Germans opened fire on the men, aiming low on their bodies in order to prolong their agony.  As they fell the soldiers stomped on the corpses to discover any that were left alive; these were finished off with a final shot to the head. Wood and straw was then piled on the bodies and the barns were set on fire. 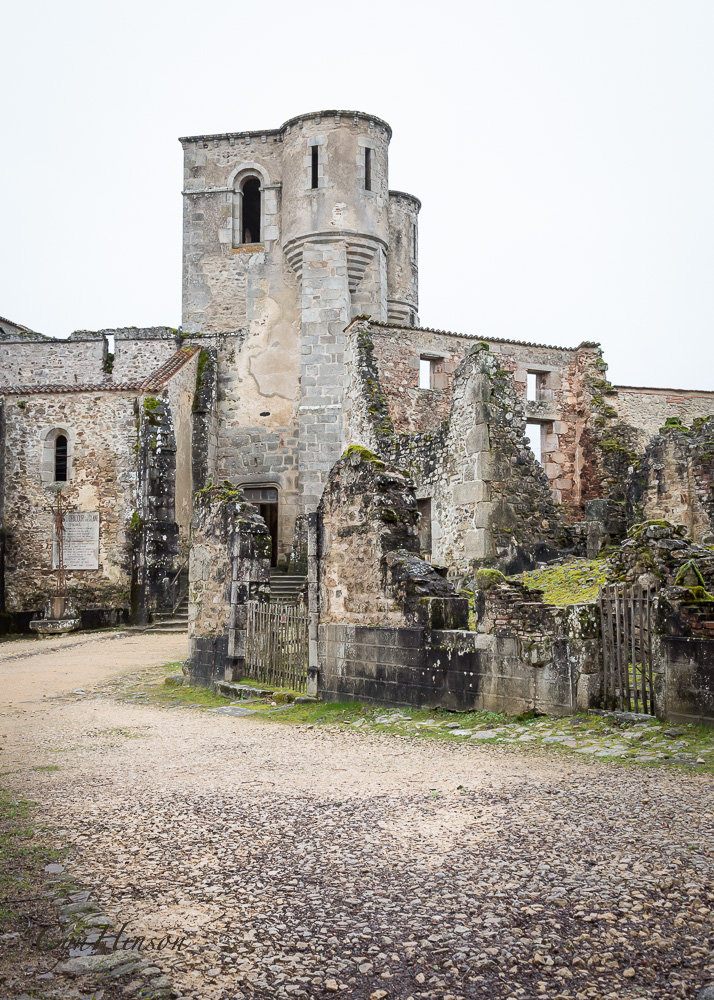 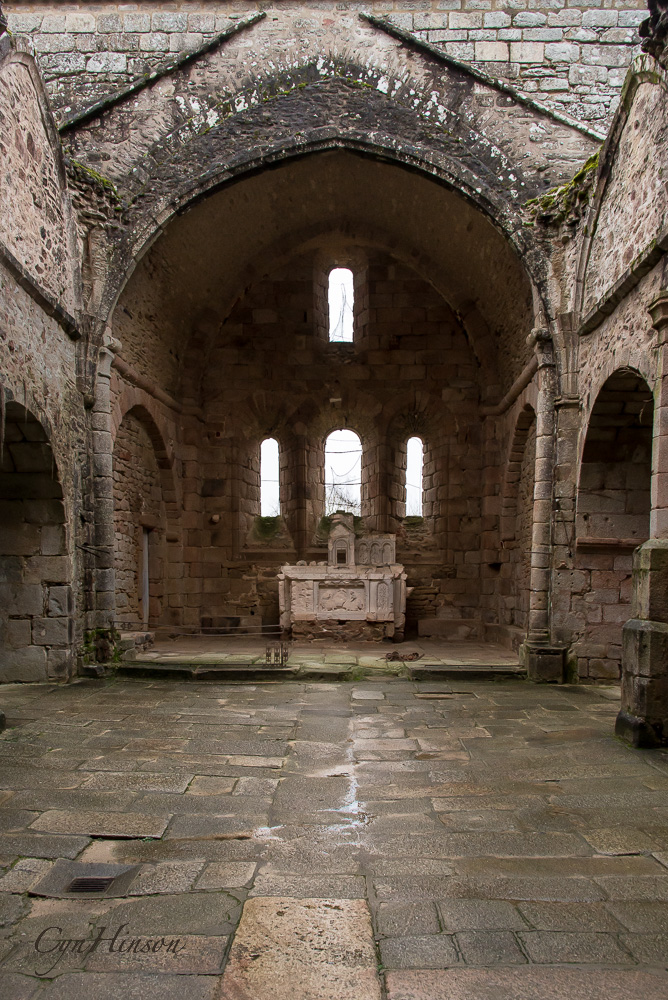 After ransacking and pillaging all of the buildings, the Nazis torched what was left of the village.  In the days that followed, as families came to claim their loved ones, only 52 bodies could be identified. All that remained of Oradour was charred buildings. Charred bones. 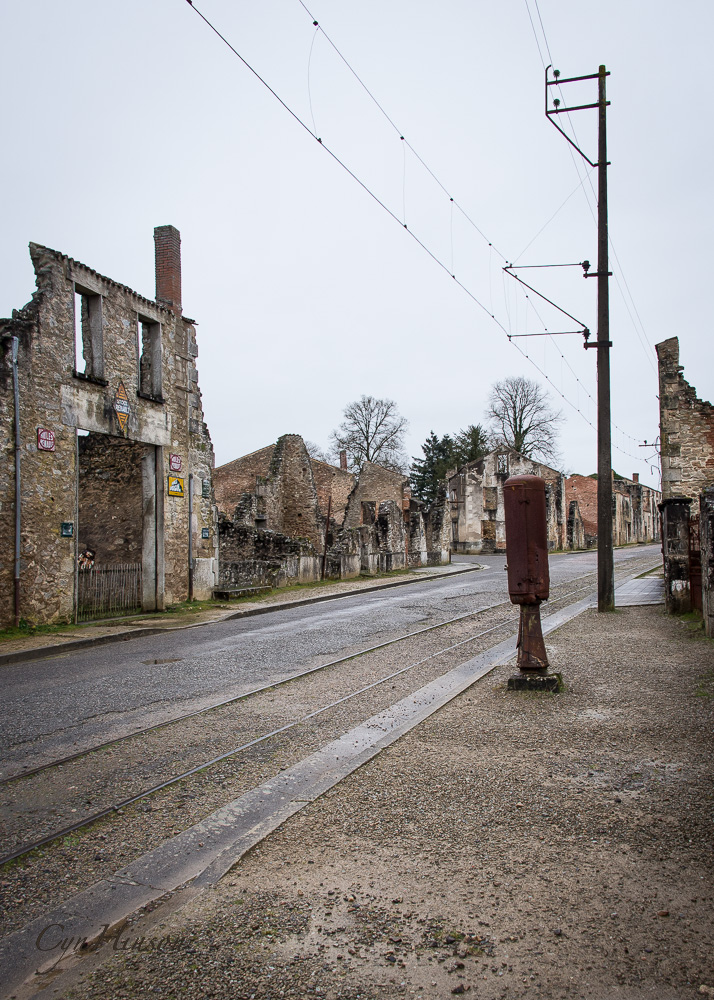 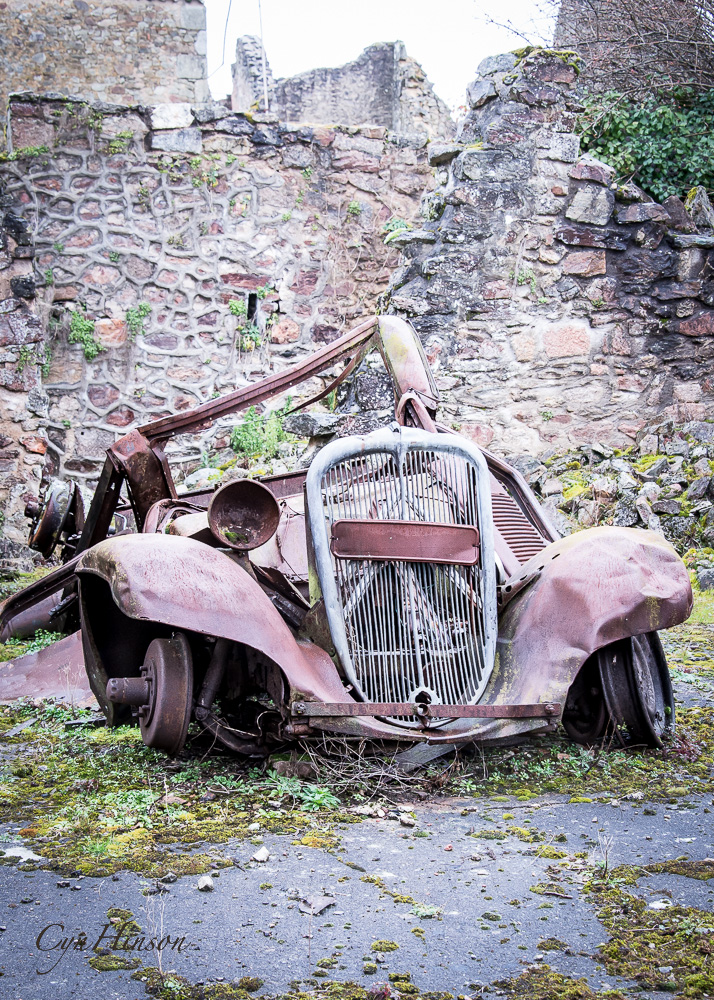 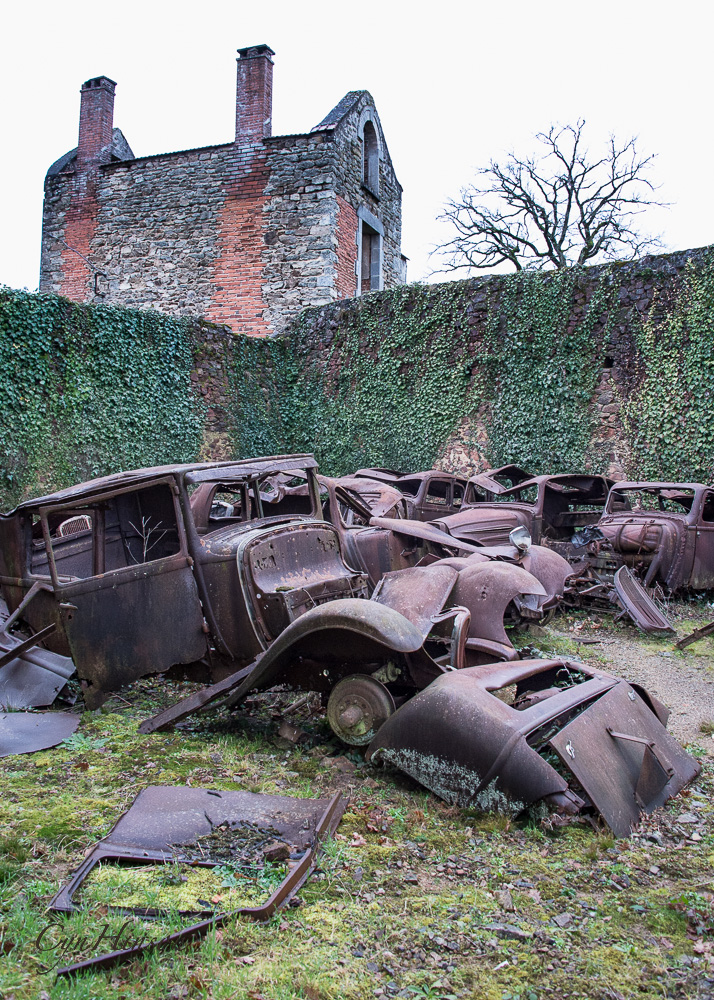 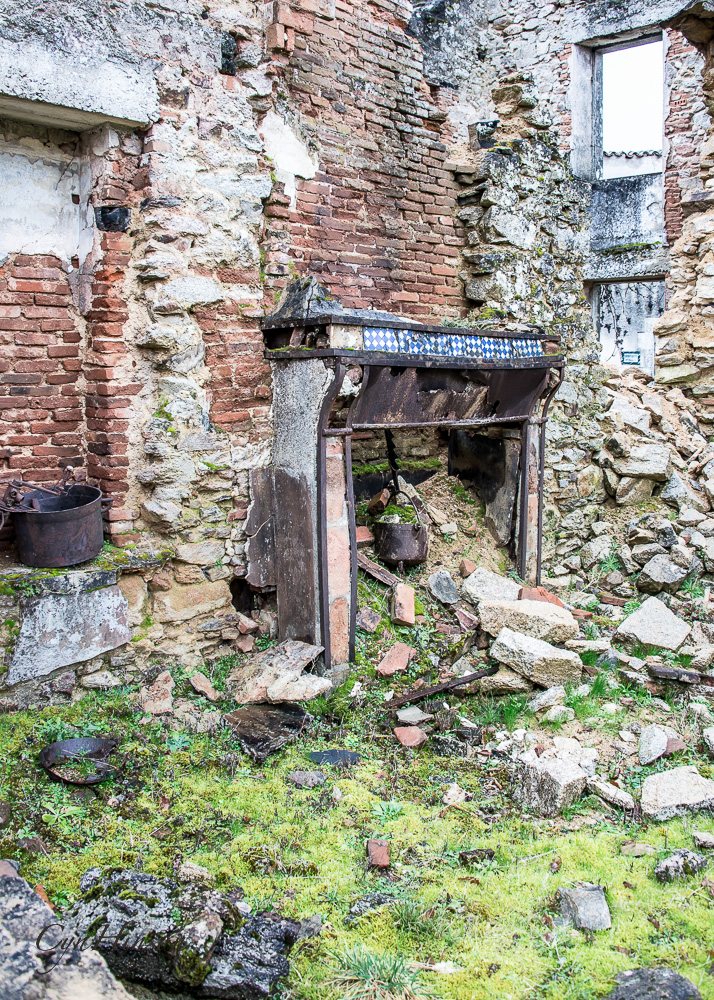 To this day no one knows what prompted the attack. Initially, the Germans claimed that it was in retaliation for the kidnapping of a Nazi officer by the local Resistance, but that was simply an invented excuse. Many of those responsible for the atrocities were killed in the following weeks, fighting in Normandy. Virtually no one was punished for the murders.

The remains of Oradour have been preserved as a memorial and a reminder. It’s a haunting place. Bruce and I visited in the fall of 2008 and for the first time we came face to face with the horror of WWII. Returning on a bleak winter day last month, the tragedy seemed every bit as fresh. Maybe it's because we've lived in France for awhile now and better understand village life, or maybe it was the gloomy weather, but surrounded by bare trees and the cold fog of a rainy morning I found it impossible to hold back tears.

With its cafés, bakery, butcher shop, boys' and girls' schools, ordinary houses, barns, garages and wells, Oradour was a typical French town, living out the war in typically French fashion. Now all that remains are the charred hulks of automobiles. A café table and rusting chairs. A pair of twisted iron beds. An iron pot hanging in a fireplace. Bicycle frames. A metal stroller. And perhaps most poignantly, dozens of sewing machines. All reminders of 642 lives that were so needlessly sacrificed. 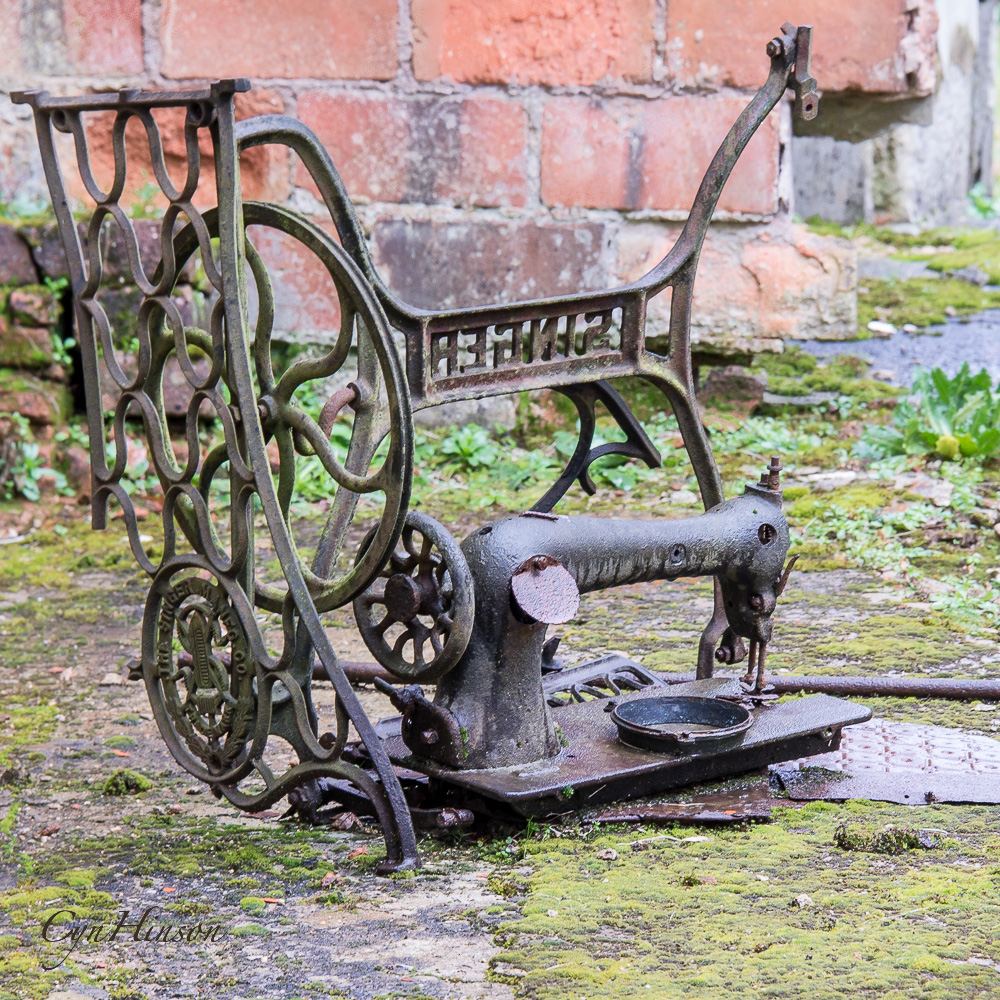 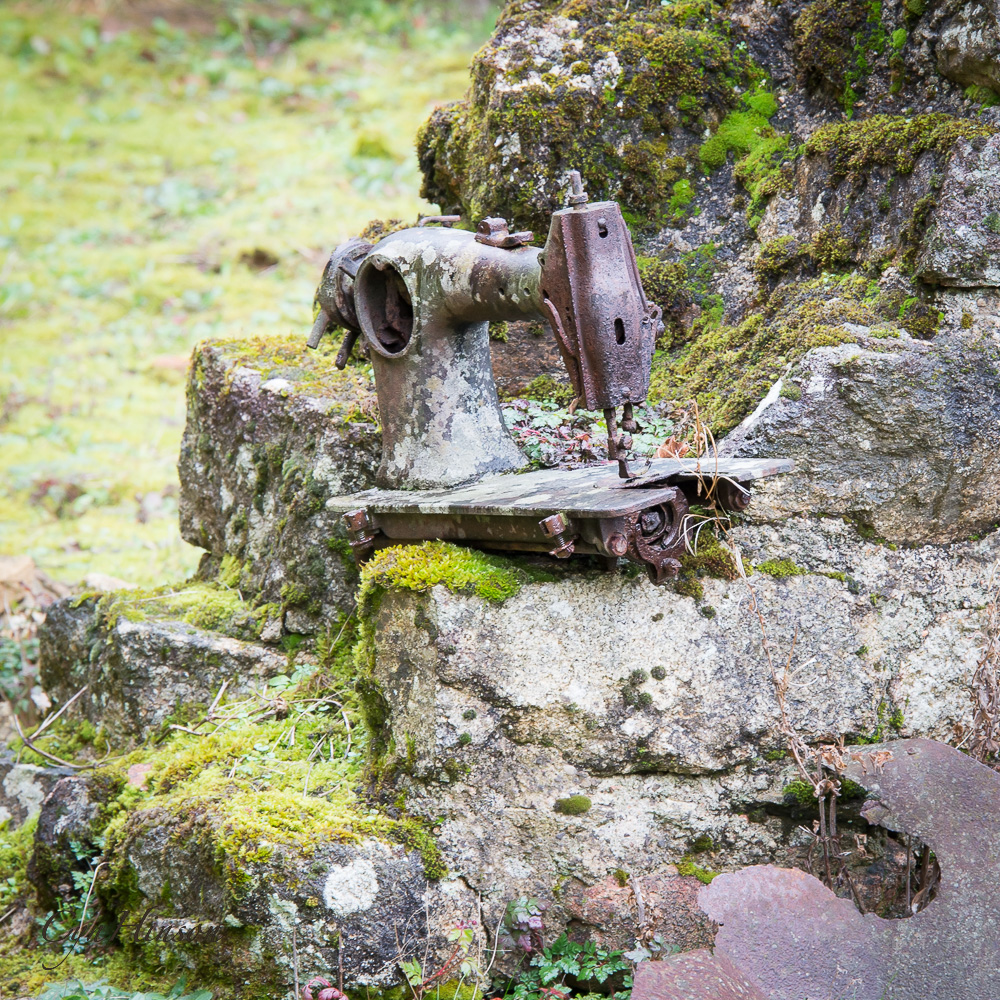 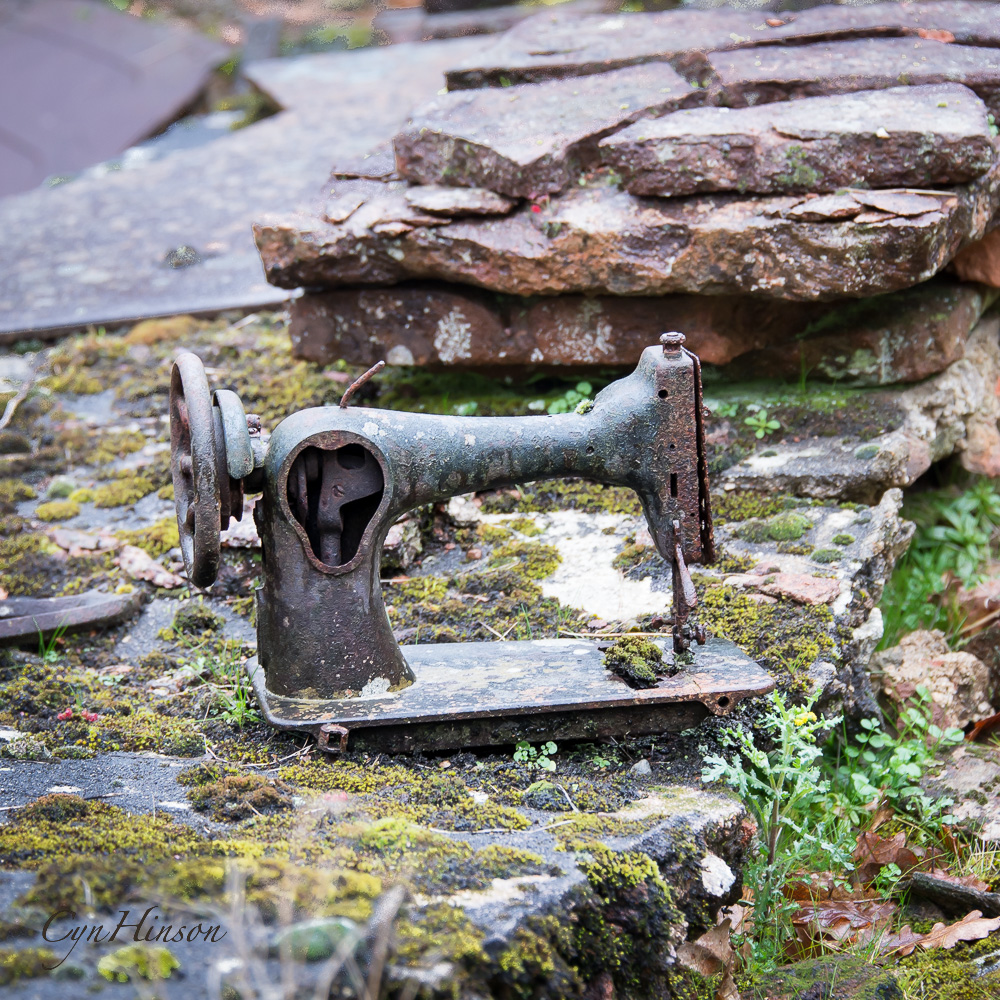 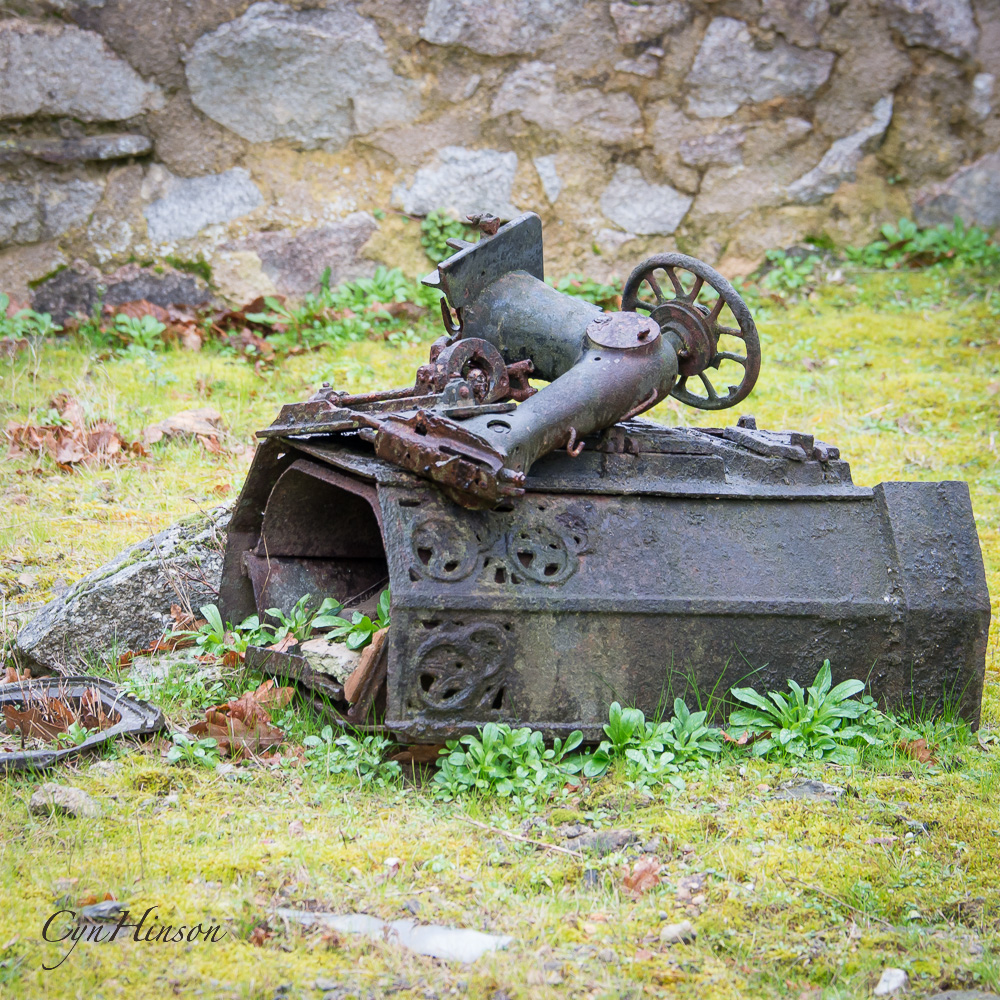 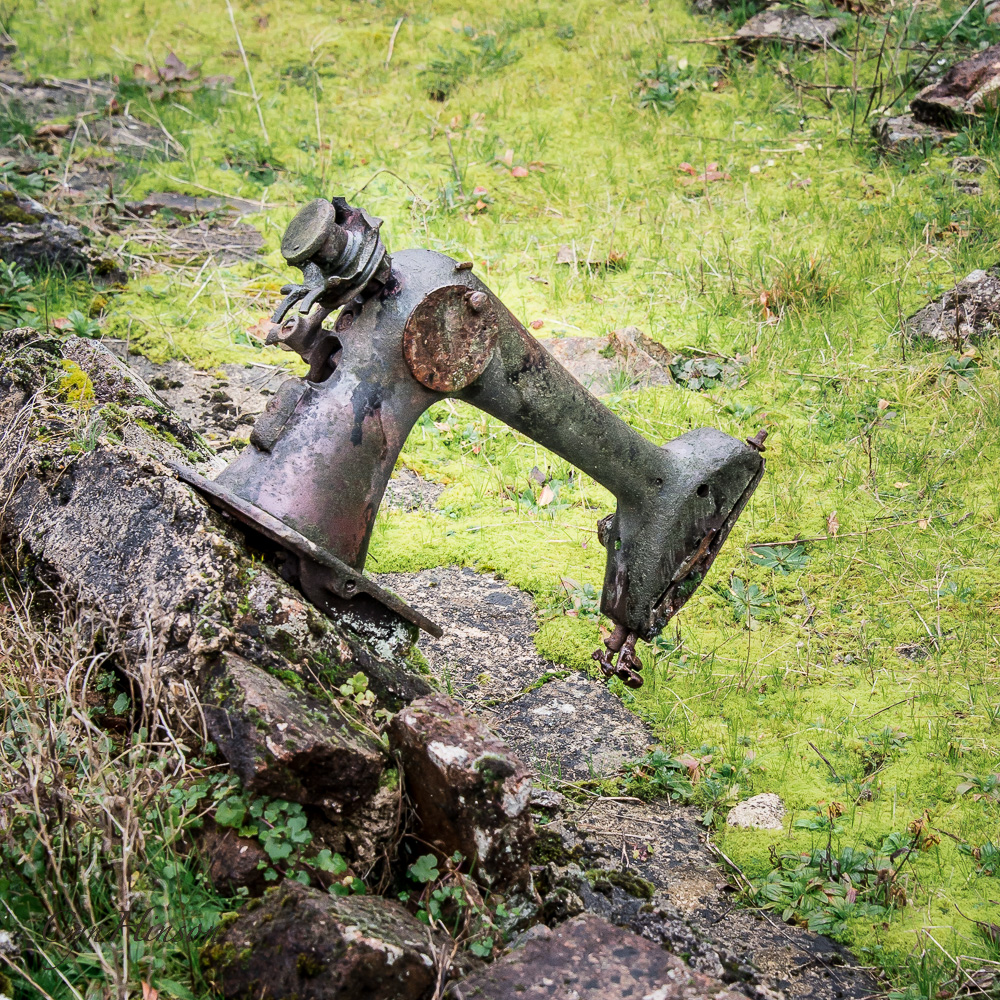 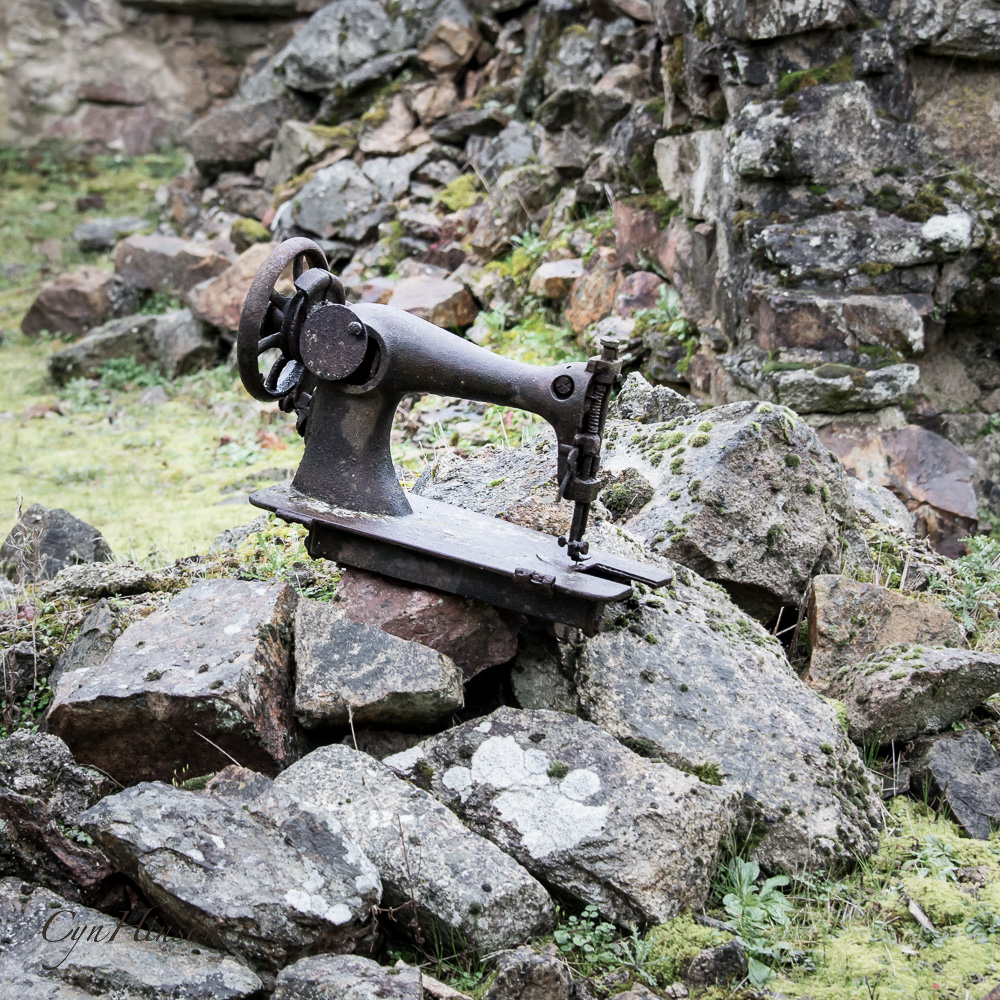 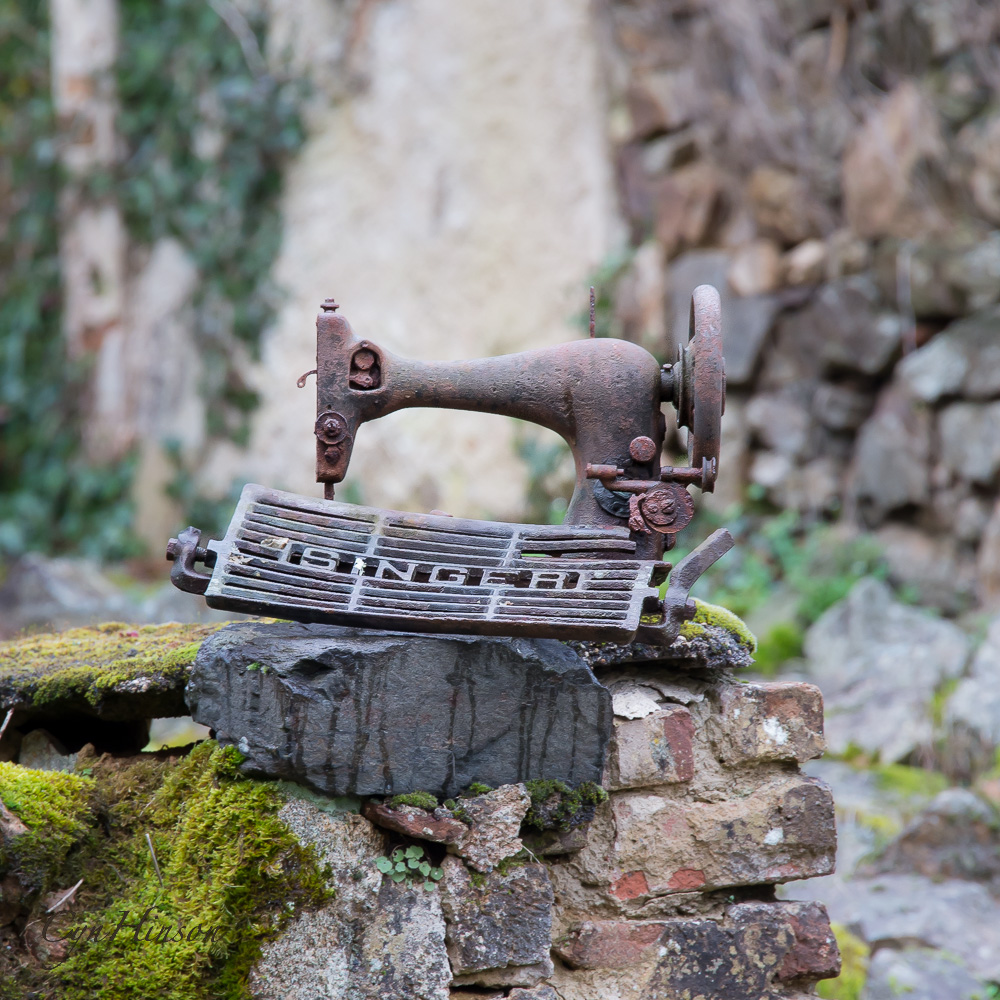 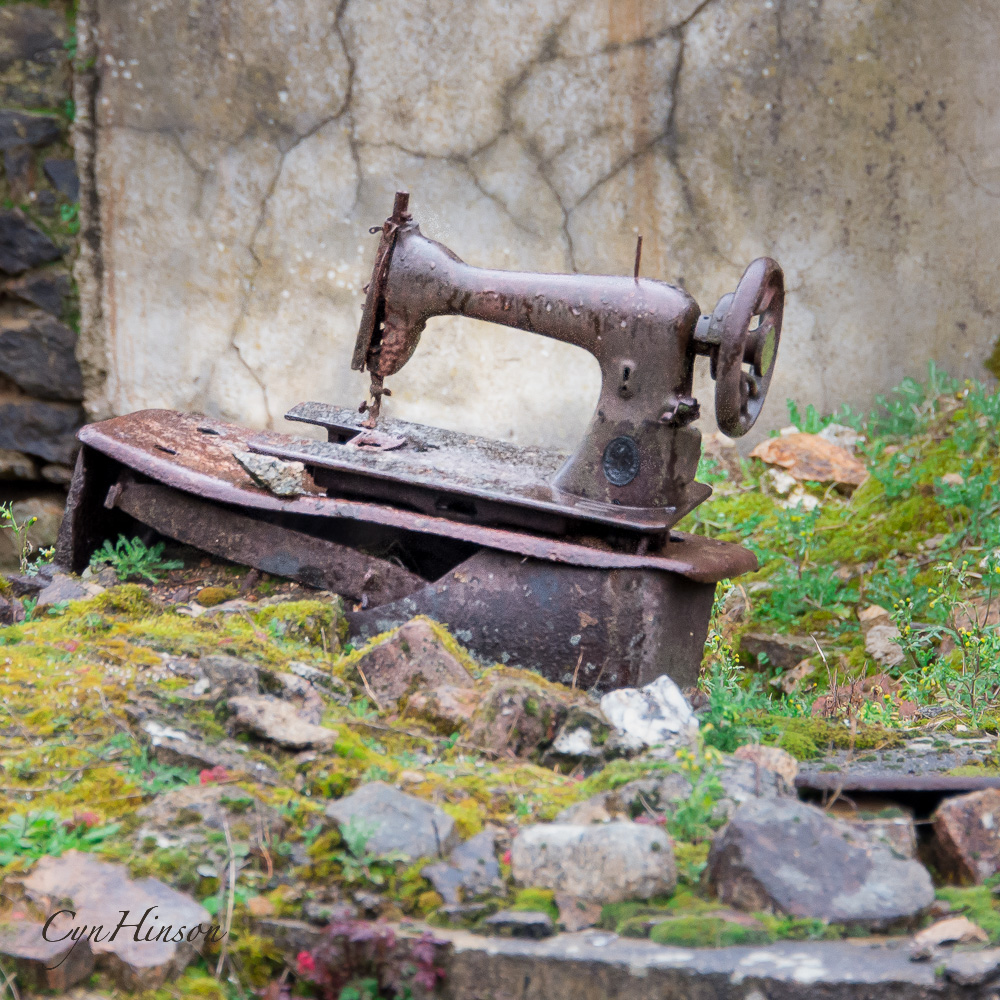 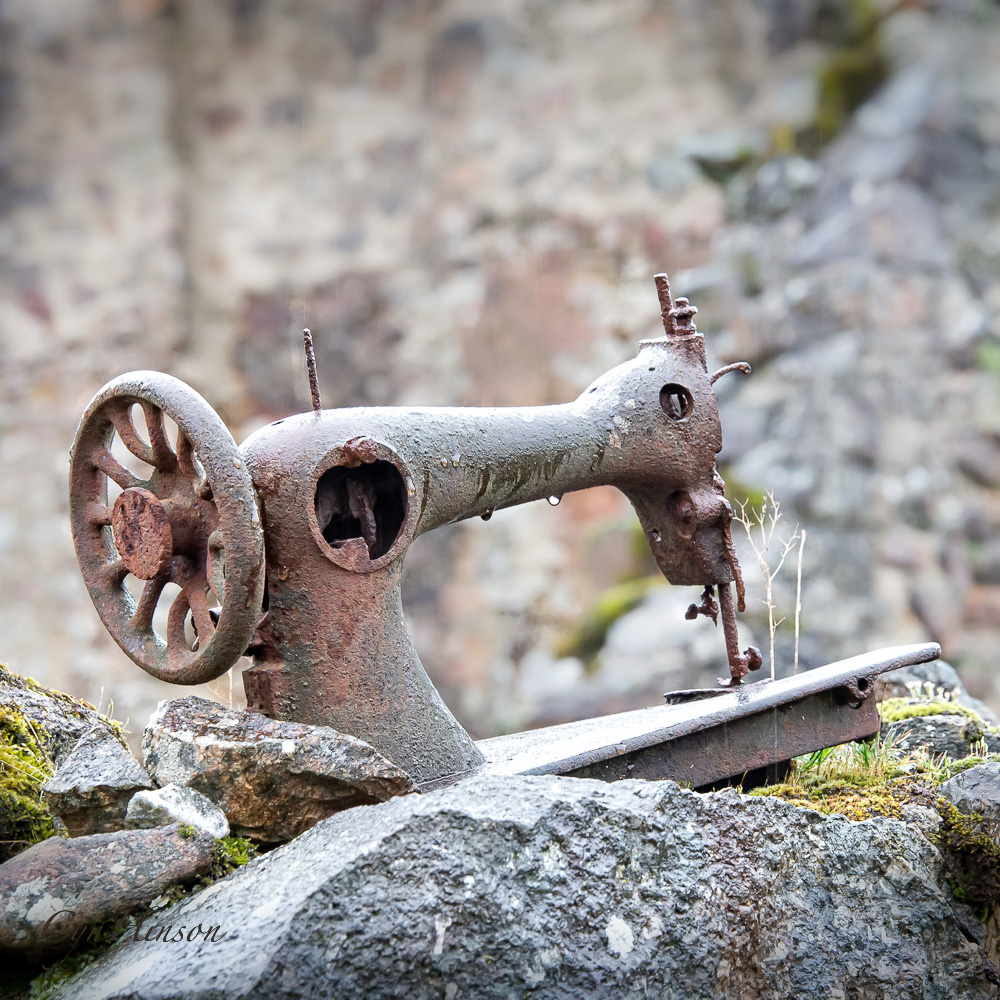 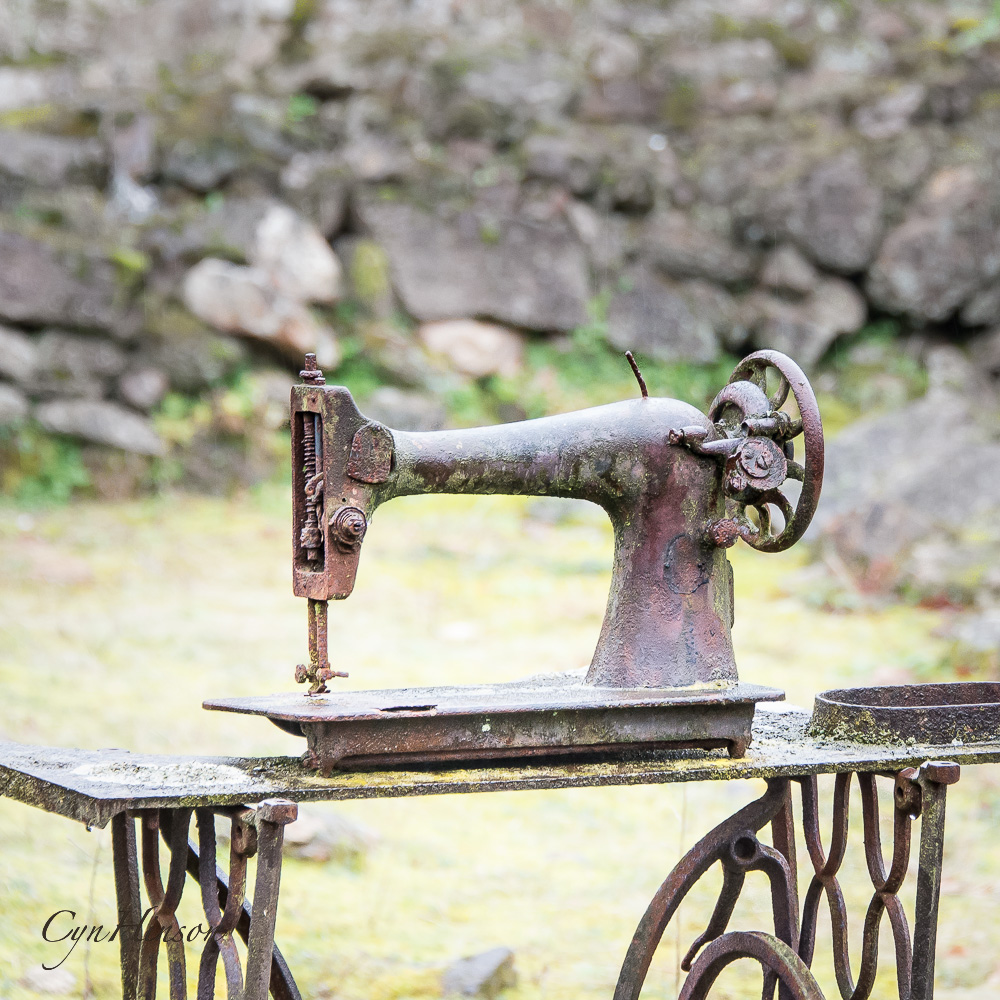