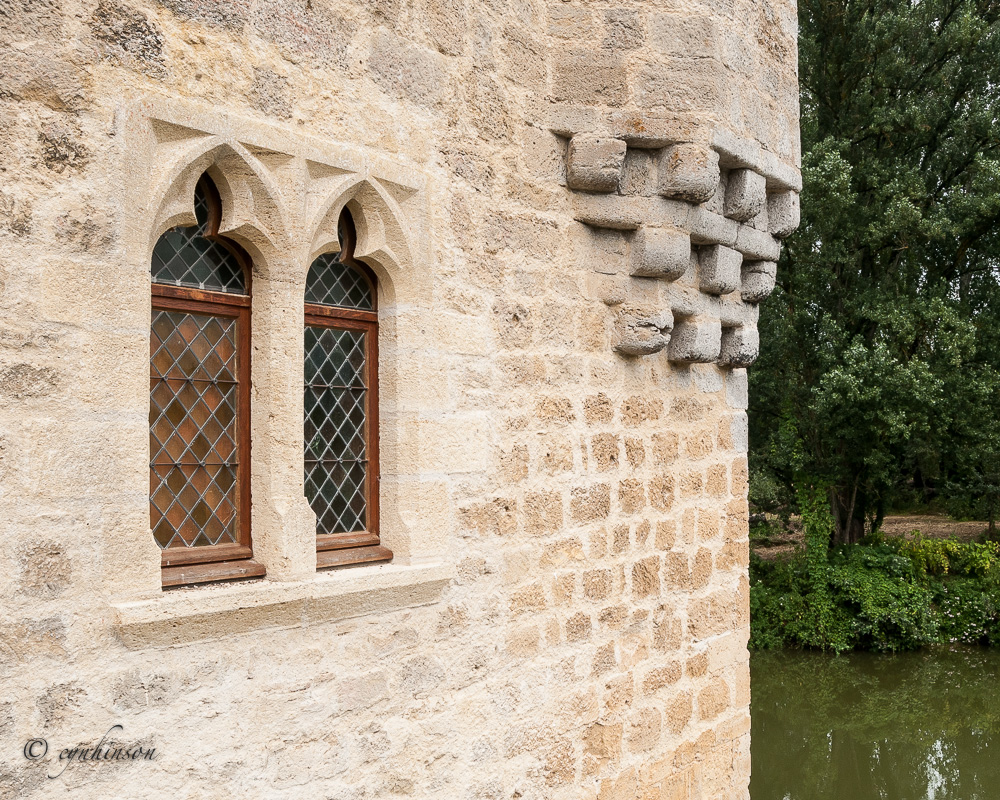 To wrap up this series on fortified mills, I’d like to show you four more examples, each of which is architecturally unique or historically significant in its own way. If you have a favorite, I’d love to hear from you. 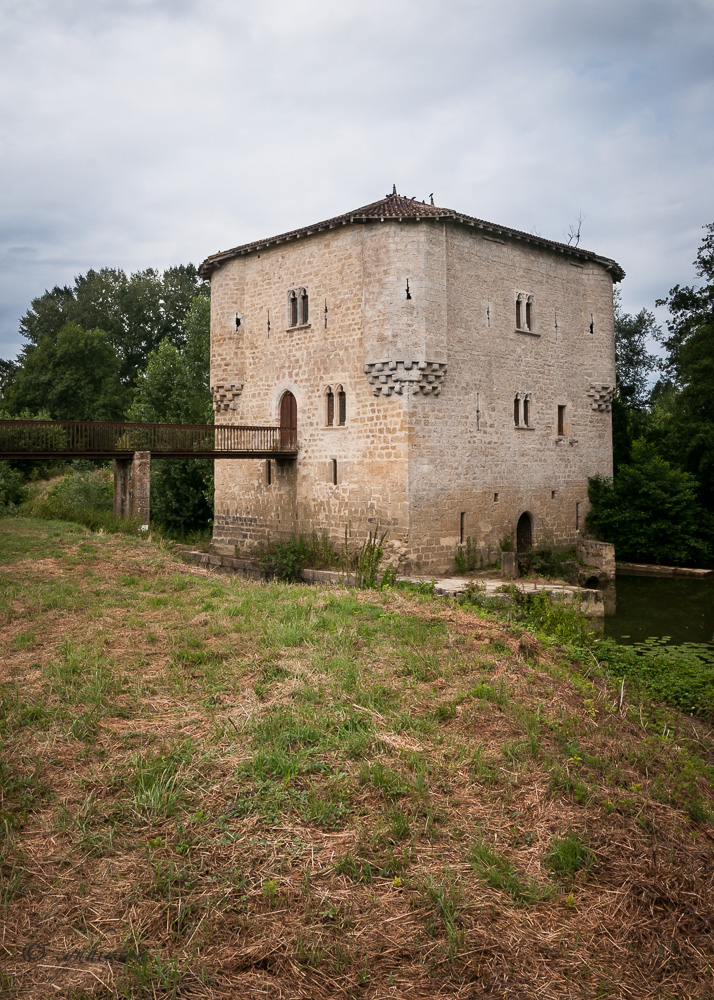 Known from texts in 1289, the mill at Bagas played a key role in the defensive network created by the powerful Albret family. During the Hundred Years War the mill passed into English hands and in 1436 King Henry VI of England gave the property to one Pierre Durant. In 1578 it was sold to Francois de Gautier, whose family retained the property until the Revolution.

The mill is solidly constructed on a small island in the Dropt River.  With its strong square tower, the defensive qualities of Bagas were rivaled only by those of the mill at La Salle. At Bagas the mill is connected to the opposite bank by an easily-controled bridge. Cross-shaped arrow slits pierce each façade and four tower-like echauguettes, one located at each corner of the main tower, provided 180 degrees of visibility. The lowest level is furnished with arrow slits on the east and west elevations, twinned windows topped with three-lobed arches and latrines. An interior staircase, built into the southwest echauguette, connected the first and second floors.

Until the end of the 19th century the mill was organized on three levels. In 1886 an additional floor was created above the third level, an improvement that allowed the Descas family to industrialize production and increase the mill’s output. 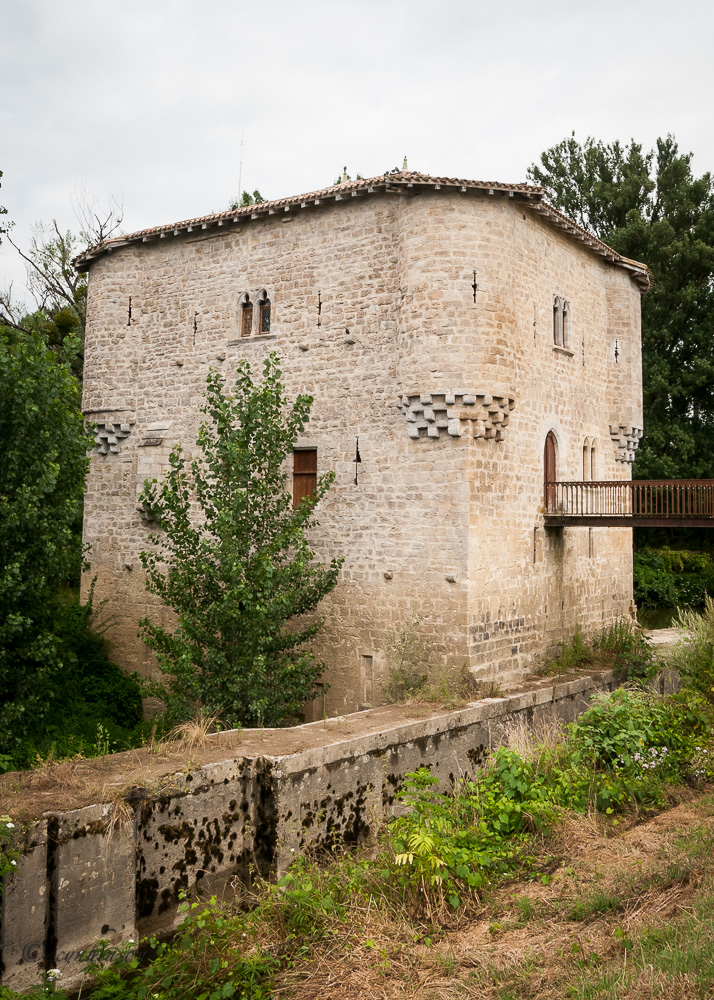 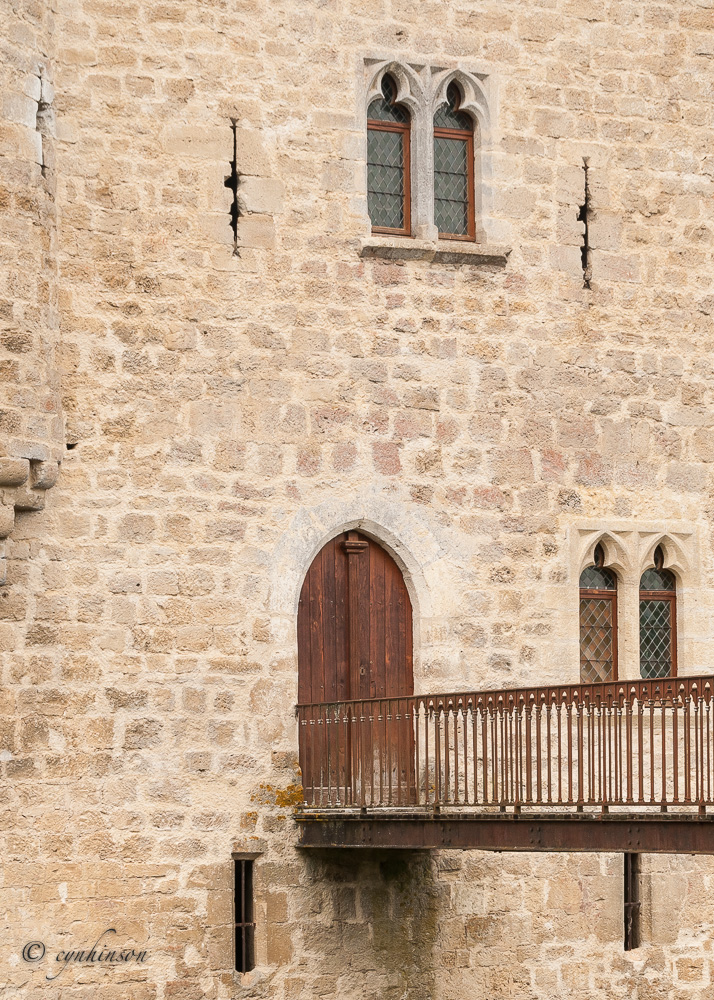 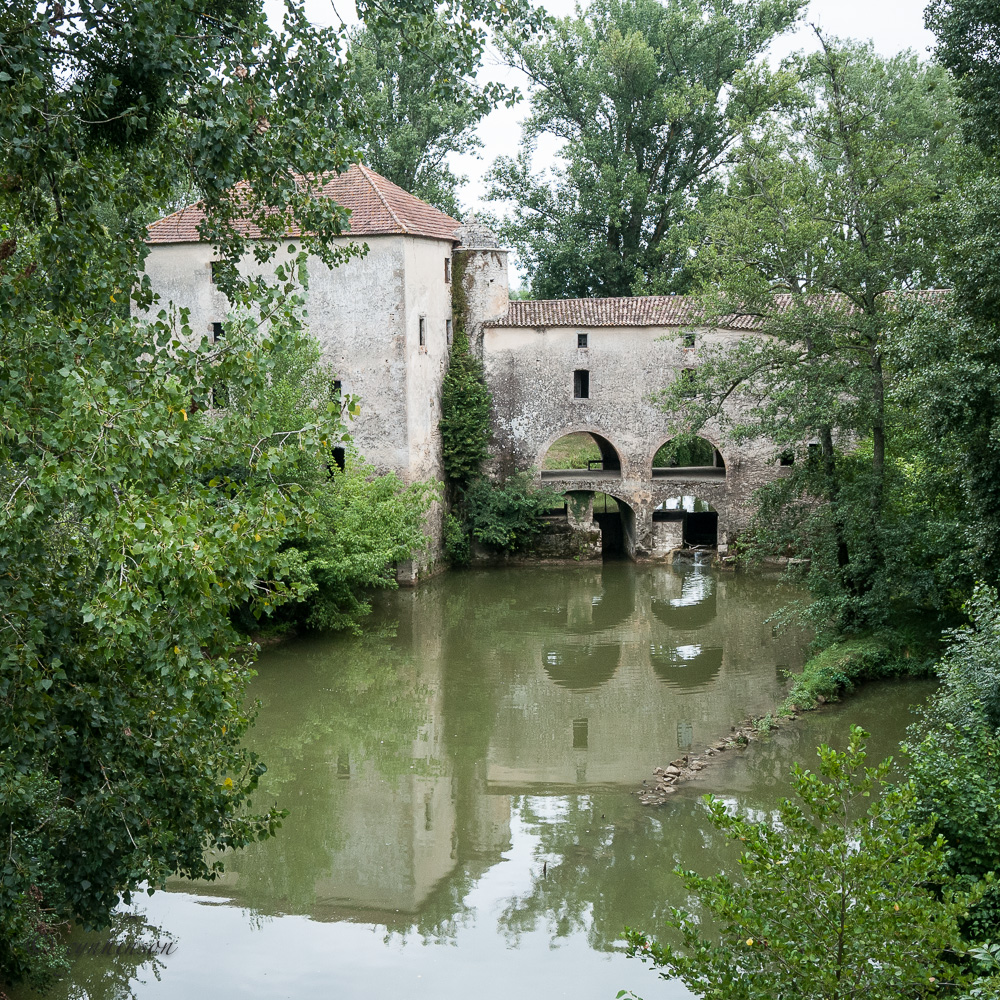 Unlike the other fortified mills, Loubens presents an impression of elegance rather than power. The mill is known locally as “Little Chenonceau” because it spans its river in much the same way that that most famous of castles spans the Loire.


Perhaps the oldest of the local mills, Loubens was recorded in texts as early as 1170, and is believed to have been built on the site of an ancient gallo-roman road. The original building was constructed on the left bank of the river; however, in 1765 a second mill was built on the opposite shore. A century later the two operations were linked by the arched bridge that contributes so much to the unique appearance of the building. 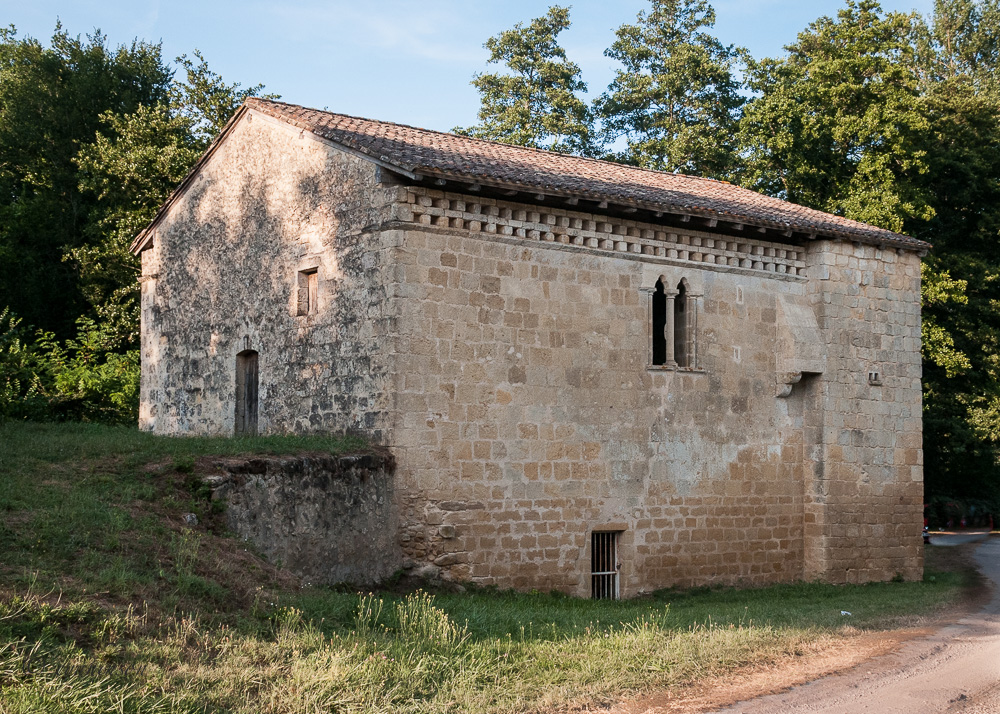 Of all these mills that we found, the one at La Borie had the least “fortified” appearance. This is probably due to the fact that the mill was owned and protected by the fortified Abbey of Saint Nicholas which was located nearby. Constructed in the mid-thirteenth century on a tributary of the Dordogne, the mill at La Borie was originally known as the Grand Mill despite it’s relatively small size. Built of beautiful cream-colored stone, the mill retains several of the original twinned windows each of which is topped by three-lobed arches carried on slender colonettes. The only significant alteration to the mill has been the creation of a pigeonnier, or dovecote, in the space below the roof. The entry holes for the birds  are visible just below the roofline in the images below. 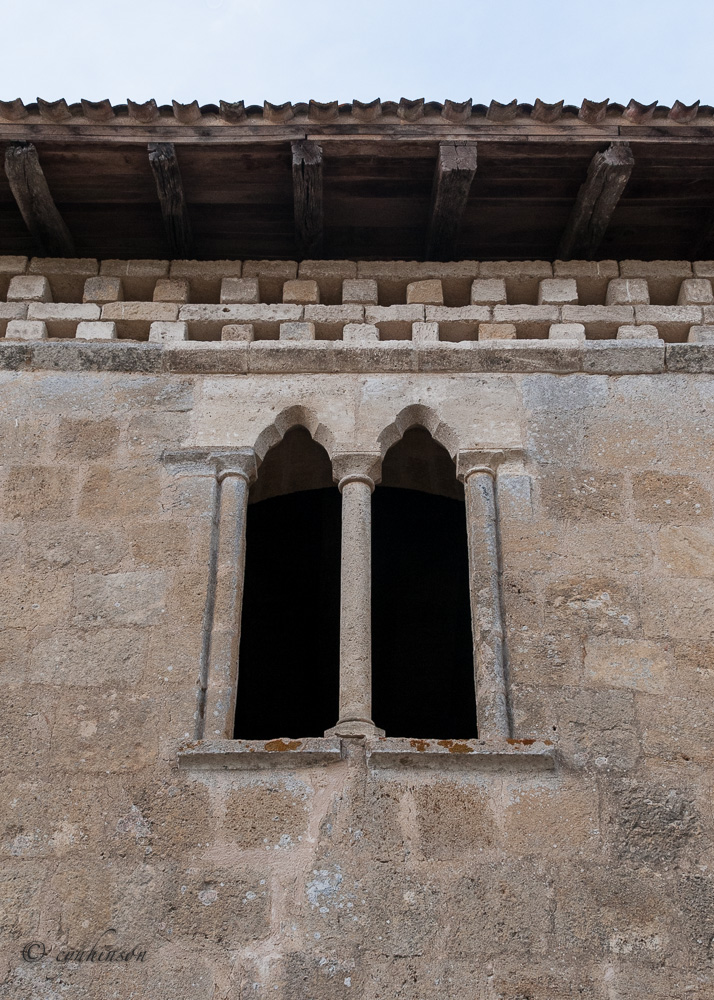 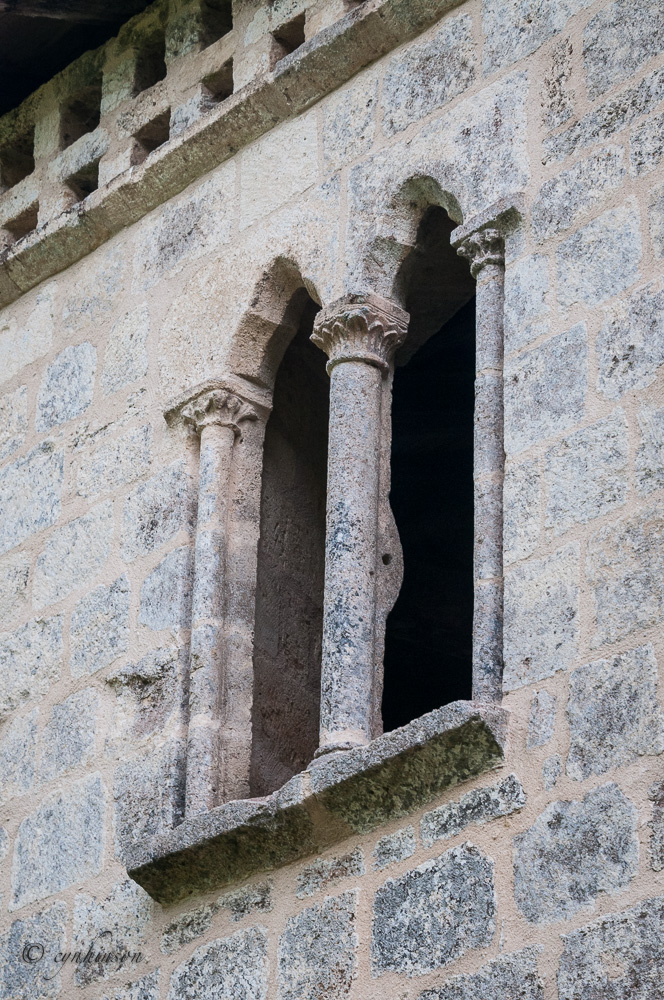 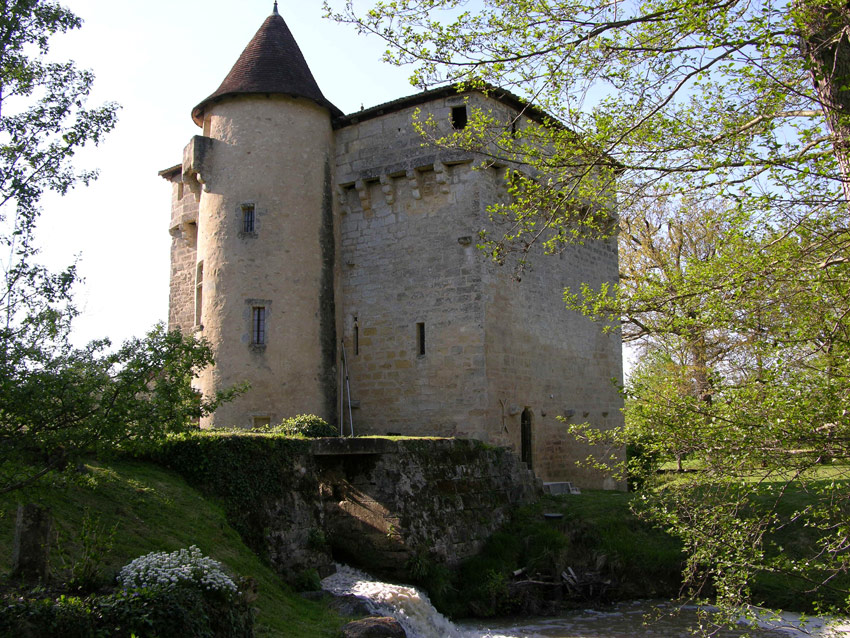 Constructed in the 13th or 14th century, the mill at Labarthe is most remarkable because of its overlapping functions as an industrial building, a fortification and a lordly residence. The primary block of the building is square in plan, and the functions were distributed over five levels. The lowest, at water level, housed the millstones and was the center of the industrial functions. The two levels above this, which were connected by an interior spiral staircase and furnished with latrines, served as a residence. The last level, which was primarily defensive, was topped by a crenellated parapet. The stair tower was added to the south elevation in the fifteenth century. This elevation is decorated with small windows, most of which were rebuilt in the second half of the 20th century. 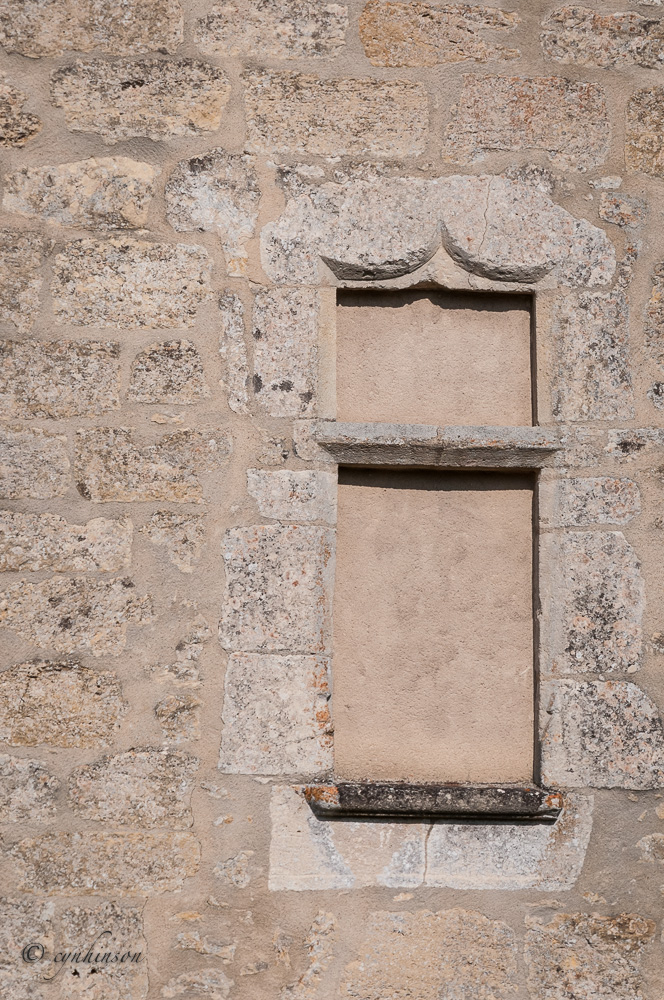 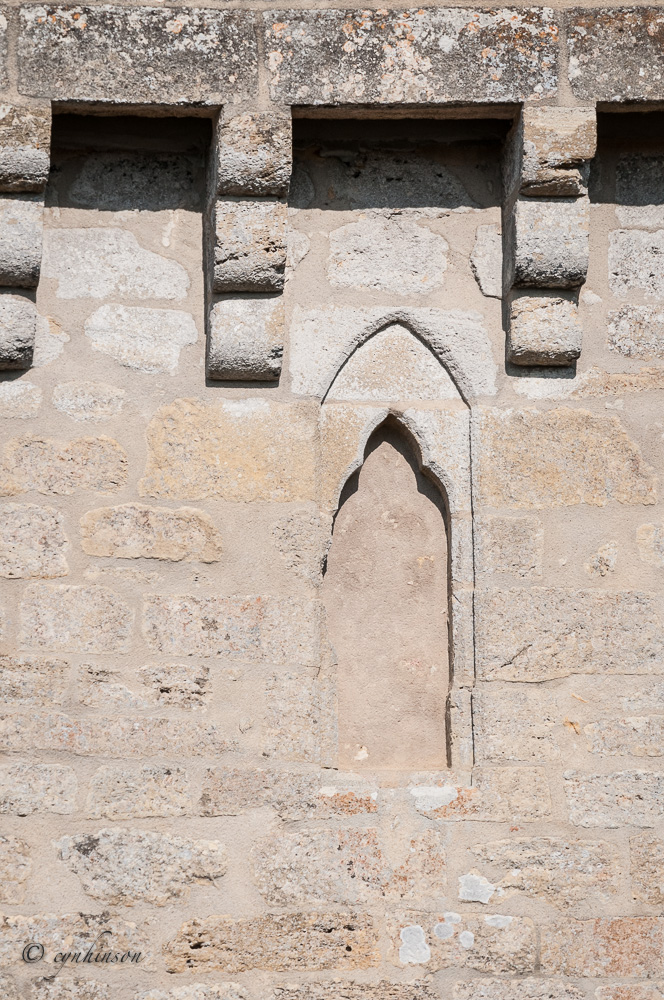 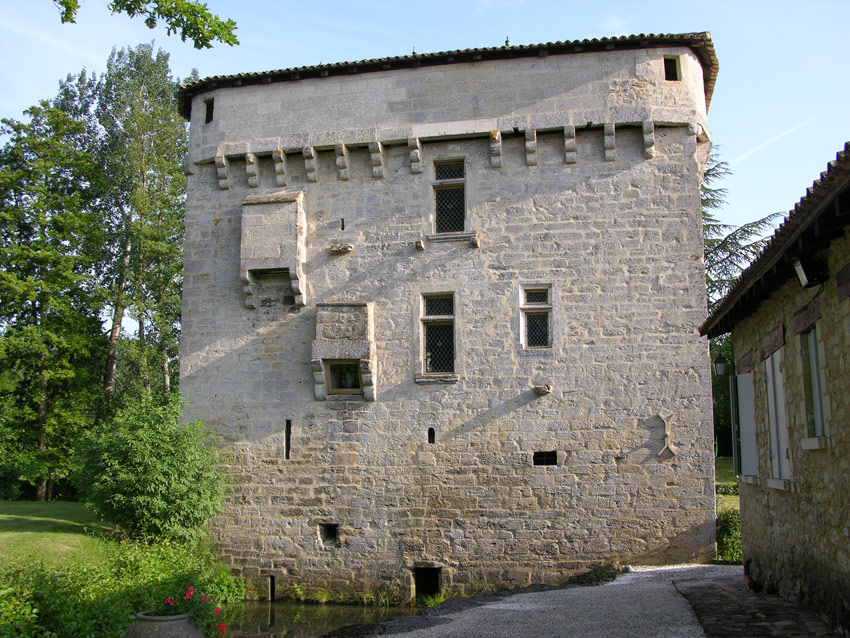 The rhythmic arrangement of the north façade, seen above, includes openings at the ground level that were kept small so as not to compromise the defenses of the mill, and at the upper levels by three windows, the westernmost of which was added in the 20th century. Also seen in the image above are the latrines. On the western elevation one door was for mill use, while the door in the tower was reserved for use by the seigneur.

At the beginning of the nineteenth century the milling operation at Labarthe consisted of  two vertical wheels and two pairs of grinding stones. In about 1870 the vertical wheels were abandoned and replaced with two additional horizontal wheels. This change, which is visible in many of the mills in the Entre-Deux-Mers region, produced less flour but may have been necessitated by lower rainfalls. Entirely ruined at the end of the 1980s, the mill was since been purchased and restored “with as much courage as taste.”


For a map showing all of the mills that I described, please click here. Today's mills are identified with a black marker.


And that wraps up this little series on the fortified mills of the Entre-Deux-Mers region. Thanks for reading. In my upcoming post(s) I'll be taking a look at a more colorful subject, so please check back next week.