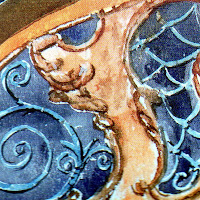 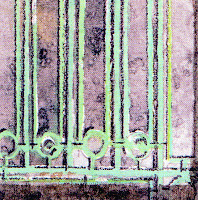 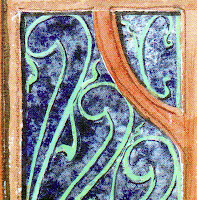 Last Tuesday morning I fell head over heels in love. The circus was in town so I went over to take pictures of the animals. Afterwards, as I was walking home thinking what funny creatures elephants are, I glanced up and BAM! It was, as they say in French, un coup de foudre. Love at first sight.

I’ve always been a sucker for good looks and this time was no different. But usually that initial euphoria is quickly followed by disappointment because it’s damn near impossible to find good looks and smarts in the same package. And in the long run, it's intelligence that matters most to me.  But this was the first time I had fallen in love in France and it crossed my mind that maybe a French love affair would be different. Maybe this time there would be some substance beneath that handsome exterior. And with that my decision was made...This one was coming home with me.

We’ve been together for nearly a week now and I'm completely satisfied. All of my expectations have been exceeded. In fact, it seems that Histoires de Portes was written expressly for me. 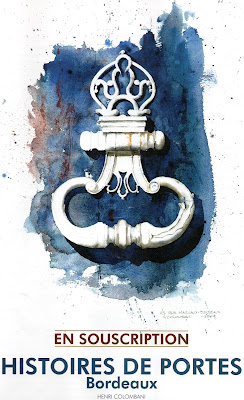 The author, Henri Colombani, is a Bordelais architect who practiced in Montreal for several years before returning home in 1991. At that time Bordeaux was truly a sleeping beauty. The city had not yet been listed as a World Heritage site; the tramline hadn’t been installed; the streets weren’t pedestrianized and the buildings still wore a thick coat of black grime.  But Monsieur Colombani was struck by the city’s extraordinary buildings and he began to sketch and paint the architectural details that most people overlooked.

Early on he decided to concentrate on doors, but not the ostentatious entrances of palaces and grand buildings. Instead, he has documented over 100 ordinary doorways of every style and condition, in exquisite watercolors that capture every nuanced detail.

In the grand tradition of the 19th century European schools of architecture, Colombari chose l’analo, or the analytical representation of his subject. The doors are drawn face-on, without  the use of perspective and with only shadows to indicate the three-dimensional aspects of the architecture. Traditionally l'analo was completed in colored pencil but Colombari uses watercolor, in homage to the great watercolorists of the 17th and 18th centuries, Bordeaux’s golden age.  Self-taught, he was forced to develop ways to render stone - both recently restored and seriously damaged, as well as old brick, freshly painted or varnished wood, wood that was aged and damaged, polished metals and those that exhibited the patina of time, colored glass and sparkling ceramic tile.

Each door is given a generous 2-page spread that includes the watercolor rendering and a brief discussion that might cover the door's particular architectural style, history or condition. From time to time Colombani includes an update on changes that have occurred (not all of them good) since his last visit. Each page also contains a history of the street on which the door is located.


If it stopped there Histoires de Portes would be a valuable addition to any library. But there’s more. Much more. The book is divided chronologically and each section begins with a description of the relevant period of Bordeaux’s development, with maps and illustrations. There's a detailed glossary of architectural terms, also illustrated. Essays on the building trades - masonry, metalwork, woodwork and glass - are interspersed with the drawings. A color plate of eighteen different boot scrapers (shown below) is included. And as a paint analyst I was particularly intrigued by the section on historic finishes and colors. 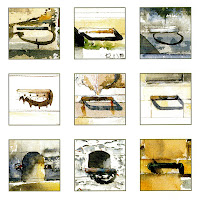 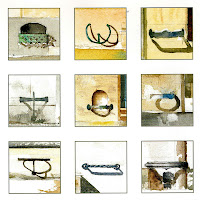 I haven’t tackled the lengthy essay on the symbolism of the door (how French, non?) or finished reading about the building numbering system that was introduced in 1509. But I've carefully studied the step-by-step illustrations showing how Colombari produces his watercolors.  Sprinkled throughout are interesting quotes (I’m a total sucker for these) and delightful watercolor details. Finally, there’s a brief description of each of the 100 doors in four languages - English, Chinese, Spanish and Japanese. 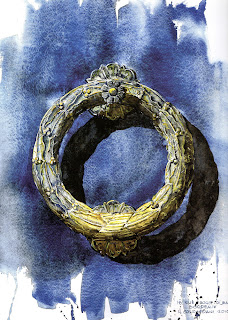 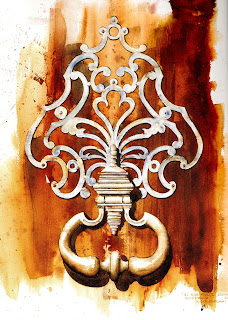 I don’t know how Colombani managed to get all of this into a book that you can actually lift, but it’s all there. And for once I’m not disappointed. Histoires de Portes is not only handsome, it's smart as a whip. I know we have a long and happy future together.


For more information on the book click here.  The website for the book is interesting even if you don't read French because under the section labeled 'carte interactive' you can view each of the 100 watercolors by clicking on the interactive map. To find out more about Henri Colombani's architectural practice click here.