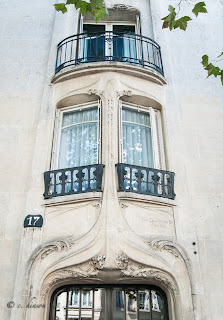 Man, oh man. I’m just all over the place with this blog. A few weeks ago I started on the subject of Gothic architecture and promised to describe its history and development. Then the weather heated up and that topic seemed way too heavy for the dog days of August. Instead I gave you a taste of Bordeaux’s Classical architecture with the promise of more to come.

Since that last post we’ve been to Paris, and now I’m going to change the subject yet again. But I promise, I will get back to Gothic churches and Classical Bordeaux.   In the meantime we spent a day trekking around Auteuil, a well-heeled suburb in the southeastern part of the city that was a laboratory for the development of 20th century architecture. Today I’d like to show you some spectacular Art Nouveau buildings and in the next post I’ll go back to the earlier topics. And I’ll try not to get sidetracked this time, although I have to admit that I'm really anxious to write about the fortified mills of the Entre-deux-Mers region.


I think everyone is familiar with the Paris Metro stations and their iconic entrances that were designed by Hector Guimard in 1900. Guimard was a fine architect and several of his more notable works can be found in Auteuil. Even before completing his designs for the Metro, Guimard had produced what is arguably his most famous work, the Castel Beranger, 36 apartments in three buildings surrounding a central courtyard in Auteuil. The project, which was designed on a strict budget and was intended to provide housing for lower to middle class families (this was before Auteuil became gentrified), is an exuberant combination of brick and stone with fanciful wrought iron details. (Unfortunately my photos don't do it justice, but you can find more images by clicking here.)

After the success of Castel Beranger, known by its detractors as the Castel Dérangé or ‘Crazy Castle’, Guimard went on to design thirty-two residences, like the one below, in this genteel Parisian suburb. In the next fifteen years over three hundred Art Nouveau buildings would be built in Auteuil. 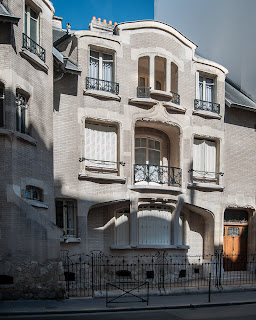 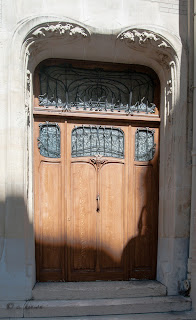 But what exactly was Art Nouveau? This decorative style, known for its whiplash lines and natural curves, grew out of the Arts and Crafts movement that actually began in Britain in the mid-19th century. A backlash against industrialization, Arts and Crafts advocated a return to handmade items and a holistic approach to design. Art Nouveau borrowed that philosophy and enlarged upon it. In the early 20th century a homeowner could order a residence, complete with furniture, carpets, glassware, china, paintings, sculpture, jewelry, clothing and books, all in the Art Nouveau style.

The name Art Nouveau, or the ‘new art’, was derived from Siegfried Bing’s L’Art Nouveau gallery, which opened in Paris in 1895 and provided cutting edge art and home furnishings to an international clientele. Also known in France as the Belle Époque or Jules Verne style, the movement acquired a different name, and was interpreted slightly differently, in every country where it found popularity: Liberty Style in England for the London department store that promoted art nouveau products; Jugendstil (‘young’ style) in Germany; Style Nouille or Style Coup de Fouet (‘noodle’ or ‘whiplash’ style) in Belgium; Modernista in Barcelona; and Sezessionstil in Austria and Hungary. 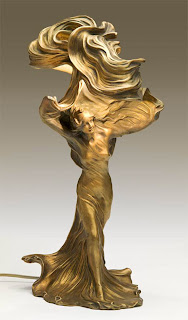 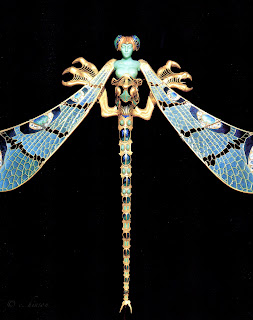 Hector Guimard was undoubtedly Paris’s favorite practitioner of Art Nouveau design. He discovered the style in 1894 while visiting Brussels where he met fellow architect Victor Horta who was working  in the ground-breaking new style. Horta advised Guimard, who had been toying with the design potential of floral forms, to concentrate not on the flower, but on the stem, thus giving rise to the Frenchman's trademark use of fluid lines and entwined arabesques.

The 16th arrondisement was home to much of Guimard's work but at the same time Art Nouveau buildings were going up all over the city. Perhaps the most astonishing example can be found at 29 avenue Rapp, not far from the Eiffel Tower. 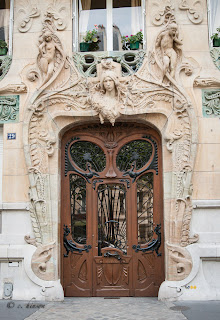 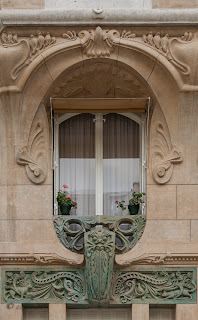 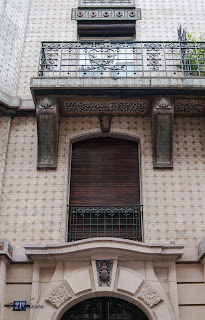 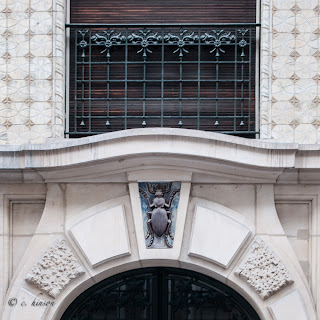 Despite its worldwide success, the exuberance of the Art Nouveau lasted only a few short years, from about 1890 until 1914. The style, decried by many for its excesses and decadence, fell out of favor with the advent of WWI. Guimard, who relocated to New York in 1938 with his Jewish-American wife, died there in 1942, his work having fallen into obscurity. After the war she returned to Paris, where she attempted to donate Guimard’s work to several museums. All of her offers were rebuffed.

It was only with the relaxed attitudes of the 1960s (remember all those posters for JOB rolling papers?) and the disillusionment with Modern architecture that began in the 1980s that the Art Nouveau style once again came into the limelight and found renewed respect. 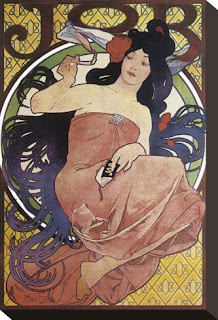