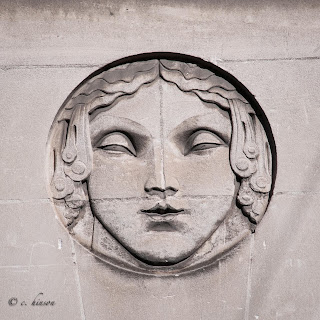 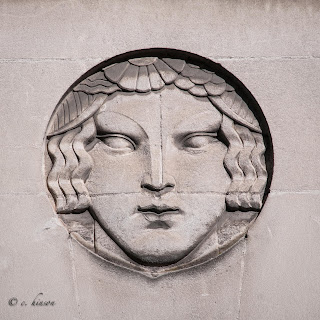 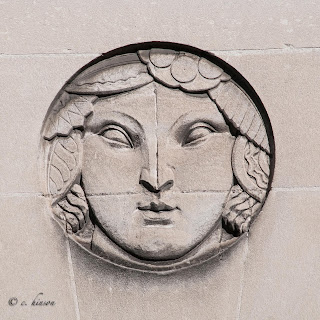 Any discussion of Art Deco architecture makes me think of iconic American buildings like Radio City Music Hall, the Chrysler Building or the hotels of Miami’s South Beach. The style, with its streamlined forms, edgy geometries and flashy chrome details, perfectly epitomizes the modern spirit of 1920s America.

But the truth is that the Art Deco style is French. It was introduced to the world in 1925 at the Exposition Internationale des Arts Décoratifs et Industrials Modernes, a state-sponsored exhibition held in Paris. Designed to reassert France’s role as the world leader in the sale of luxury goods, the exposition, originally scheduled for 1915, was postponed because of the war. So by the time the doors opened this innovative new style had been maturing for ten years. 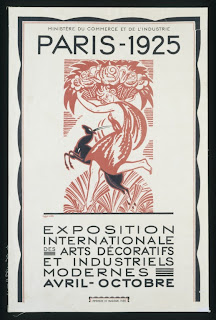 With over 15,000 exhibitors and 16 million visitors in just over seven months, this enormous L'Expo helped to popularize the Art Deco movement. Most developed countries submitted an entry, with America and Germany being the notable exceptions. The US declined to participate because “there was no modern design in America” (a highly improbable excuse considering that FLWright's Robie House was completed in 1910) and Germany was unwelcome after the debacle of the first world war.

Only designs that displayed "no historical precedent" were allowed and it was Le Corbusier who first described the assortment of furniture, jewelry, architecture, ceramics and metalwork as “Art Deco.” (This is so typical of the French who shorten any word of three syllables or more to one; restaurants become “restos”, refrigerators are “frigos” and adolescent is contracted to “ado.” Thus, décoratifs became "deco.")

Originally a luxury style that relied on exotic motifs and costly materials like sharkskin and ivory, Art Deco underwent a change after the Wall Street Crash of 1929. During the '30s designers turned away from expensive, handcrafted products and the style became more industrialized, relying on mass production and modern materials such as aluminum, glass, chrome and the new plastic Bakelite. At this time Art Deco became known as ‘Depression Modern’ and many of the civic projects of the 1930s were designed in this re-imagined version of the original style.

That was the case in Bordeaux with its small but notable collection of Art Deco buildings. Most of these date to the 1930s and were the result of a citywide expansion plan adopted in 1925 which decreed, in part, that all new civic structures should be designed in the Art Deco style. These projects included la Piscine Judaique  (Jewish Swimming Pool), le Bourse du Travail (Labor Exchange) and most notably the football arena le Stade Lescure.  As an added benefit, the construction of the stadium led to the creation of a new residential district in the adjacent blocks.

Many of these exclusive houses were designed in the Art Deco style, and today the largest of these sells for over a million Euros. The more restrained designs exhibit symmetrical façades of cream-colored limestone, and retain the scale and massing of the Classical style in which most of Bordeaux is constructed. You can almost sense the reluctance of the conservative Bordelais to fully adopt this new avant-garde style.

By far the more successful designs are those that break completely with tradition, incorporating asymmetrical facades and deeply recessed entryways with novel ornamentation. Here the geometric forms for which Art Deco is known really shine. Door and window surrounds are highlighted with inventive decoration and stylized plants and human forms are carved into the soft limestone facades. 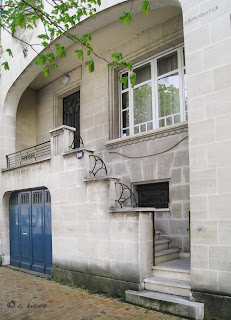 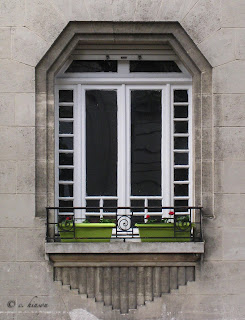 pretty conservative. This attitude is clearly reflected in her Art Deco buildings, which even at their most inventive remain well within the bounds of respectability. Maybe it takes a free wheelin' American city like New York or Miami to pull off a radical version of this particular architectural style.

The web is full of great sites on Art Deco architecture and the Exposition of 1925. Among the many that I found interesting are:
http://www.janniot.com/expo1925.html
http://www.artlex.com/
http://www.metmuseum.org/toah/hd/frdc/hd_frdc.htm