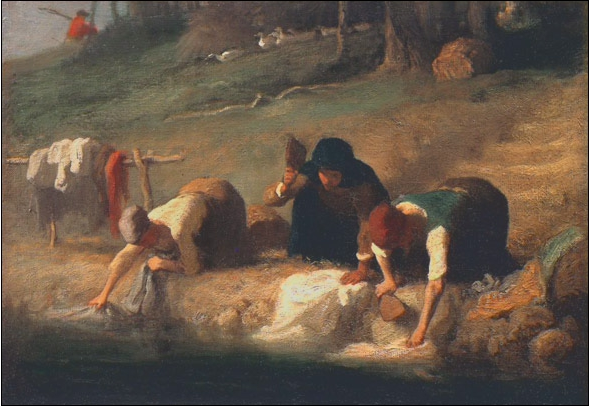 I seem to spend a lot of time writing about religious architecture, but churches and abbeys aren’t the only interesting buildings here in France. In fact, it’s the small, often-overlooked structures that intrigue me the most. Take for instance, lavoirs, those communal buildings where women gathered every week to do the family laundry. They're no longer used, yet it seems like every French village still has one, and a surprisingly large number of these wash houses have been preserved and restored.

The first lavoirs I ever saw were in Chartres, rickety wooden sheds sprinkled here and there along the river’s edge. They looked like some sort of shelter for fishermen, and one or two even had boats tied up to them. So I was really surprised to learn that they were actually 19th century laundromats! As far as I know, there isn’t anything like them in the US, so my interest was piqued and I starting keeping an eye out for them. 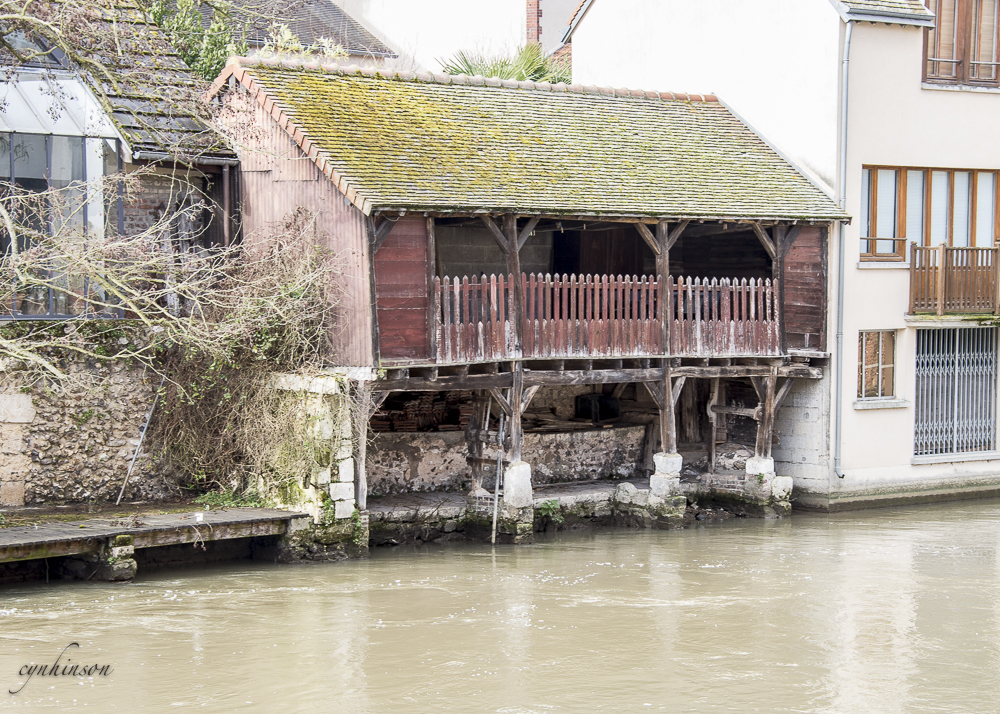 Communal washing places have always been a part of village life, but the spread of lavoirs in France can be precisely dated to February 3, 1851, when a law was passed providing a 30% tax credit for the construction of wash houses. Lavoirs come in many different styles, are of all sizes and shapes, and are usually built of wood or stone. The most common type is an elongated shed located directly on a river bank, like the lavoirs in Chartres. The second type, often located in the heart of a village, is a free-standing, spring-fed basin, usually covered by a roof.

One of the largest and loveliest lavoirs that I've ever seen is in Bourg, about 20 miles north of Bordeaux. Built in 1828 of the local limestone, the building was dubbed "The Chamber of Representatives" by the men of the town, because of the constant chatter and discussion that went on while the women worked. 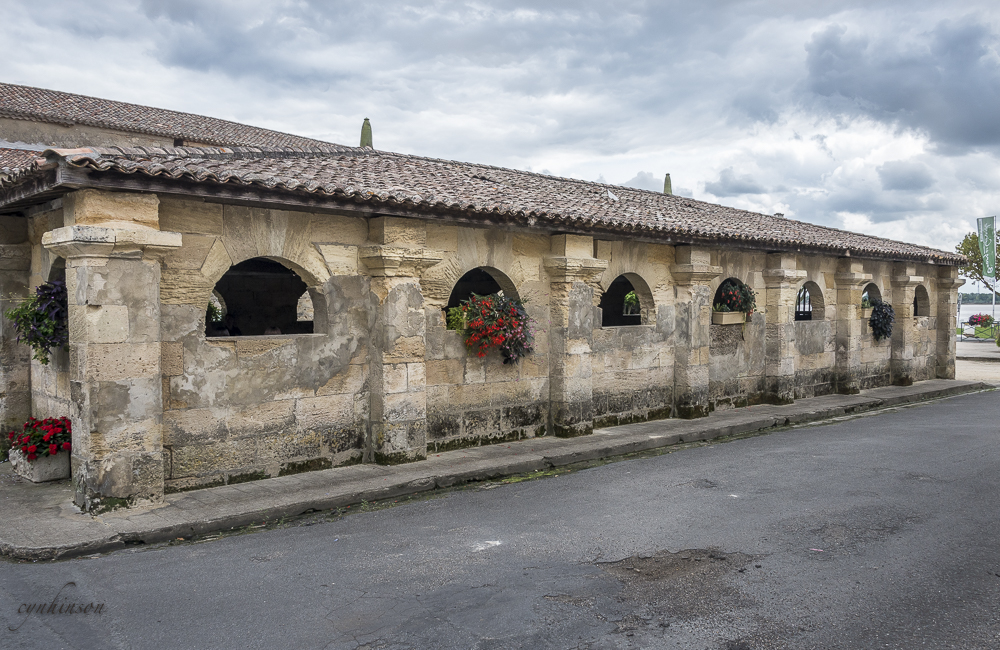 I'm not sure I completely understand how clothes were laundered in the past, but the process seems to have gone something like this -- first, the laundry was hauled to the washing house where each item was unpacked and presoaked. Then each article of family clothing and every sheet, towel and rag was hand scrubbed with a brush to remove the dirt and stains.  To ensure that things got really clean, the laundry was then covered with ashes and boiled in big metal vats. (This would be similar to using lye soap, which is a caustic combination of ashes and rendered animal fat.) Then the items were rinsed and beaten on a flat wooden board with a paddle to remove the last of the soapy water. After one final rinse, the laundry was wrung out and hung up to dry.


There are lots of people who are interested in lavoirs and, thanks to their efforts, you can find out more about them here. The site is in French but there are lots of pictures and videos, one of which conveys pretty clearly what a huge task it was to do laundry in the days before mechanization.  The film was made on one of the last laundry boats (called bateau-lavoir), and the women scrub and rinse and dunk and scrub some more, while clouds of steam pour out of huge metal washing bins. Obviously a back-breaking task, the only thing that made it bearable was the camaraderie the women enjoyed.

We've been in France for just about two years now, and there's not a day goes by that I don't curse my french lave-linge. It's so small that I can't wash more than two towels and a dishcloth at a time. And each load takes 2 hours and 13 minutes to complete. But after watching that video I realize just how much things have improved. Doing laundry in France nowadays may take a lot of time, but at least I don't have to pound anything with a paddle.

PS. One of my favorite french singers, Charles Trenet, recorded the following song - Le Bateau Lavoir - about a laundry boat by day, turned discotheque at night. Sing along if you know the words...