This weekend Bordeaux enters the record books with the opening of the largest lift bridge in Europe, the Pont Chaban-Delmas (visible on the left above, along with the Pont de Pierre and the Passerelle Eiffel, center and right). Fireworks, concerts and a parade are just a few of the activities planned to celebrate the city's newest river crossing. Named for Jacques Chaban-Delmas, Bordeaux's mayor from 1947 until 1995 (yes, that's right, nearly 50 years in office! The football stadium is also named for him, but it's going to be torn down soon, which explains why they decided to name the bridge after him) the structure is 1,400 feet long, has four lanes for cars and buses and two lanes for pedestrians and bicycles. Two pairs of slender pylons contain the enormous pulleys and cables that lift the center deck 320 feet in the air, high enough to allow even large cruise ships to enter the port.

This New Years Day, when construction was nearly finished, the span was opened to pedestrians for a few hours in the early afternoon. Bruce and I joined 40,000 of our neighbors in a stroll from one side of the river to the other that had all the joyful exuberance of a carnival. Entire families made the short trek, laughed, drank champagne and posed for pictures. We even came home with blue ribbons that proclaimed, "I CROSSED THE BRIDGE 1/1/2013."

The city is justifiably proud of her new landmark. The pont is not only a record-breaking engineering feat, it's also an elegant addition to the waterfront and neither intrudes upon nor detracts from the historic surroundings. In a recent interview Architect Thomas Lavigne explained that his design concept was that of a gateway into the city. He envisioned the pylons as arms open wide in a welcoming gesture. 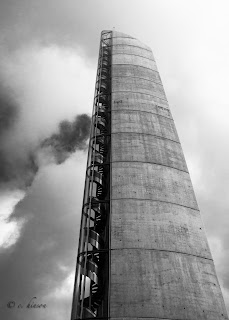 Bordeaux's history is inextricably linked with the Garonne River. Even the name au bord de l'eau (or "beside the water") attests to the role that the river has played in the city's development as the world's foremost  wine center, providing a highway from the local vineyards to distant markets. Nicknamed the Port de la Lune because of her location on a crescent-shaped bend in the river, the city developed entirely along the left bank where the deep water allowed large boats to dock easily. Because Bordeaux's growth was concentrated on one shore there was little need for a permanent river crossing; throughout most of her history rafts and barges were sufficient to carry people and products from one bank to the other.


A major obstacle to the construction of a bridge at Bordeaux was the unpredictable nature of the Garonne River itself.  The city is situated slightly upstream from the Gironde Estuary where the Garonne and Dordogne Rivers merge. This estuary, the largest in Western Europe, is subject to strong tidal currents; the result is that the Garonne is one of the few rivers on earth with a tidal bore. Right about now you're probably asking, "What on earth is a tidal bore?" (No it has nothing to do with Bruce when he's on a rant.) As I understand it, this is a natural phenomenon that occurs when the incoming tide surges through a narrow channel in the opposite direction of the river's natural flow, creating a series of waves that can be ten feet high or more. This event, called a mascaret in french, occurs in several places around the world, and is eagerly awaited by surfers. When this occurs on the Garonne they flock to Podensac, a village about 20 miles from Bordeaux, to ride the (extremely muddy) waves that can continue, unbroken, for as long as 20 minutes.

Unlike Paris where the oldest remaining bridge was constructed in 1607, Bordeaux didn't get her first permanent river crossing until the early 19th century. That bridge, the iconic Pont de Pierre, will be the subject of next week's post, so please stay tuned. 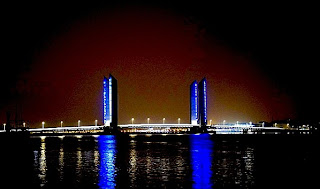